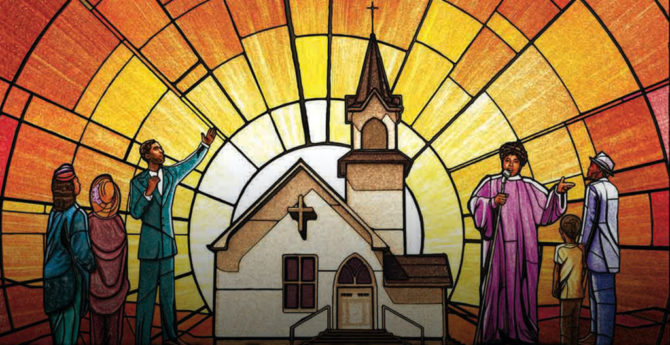 In honor of Black History Month, American network PBS has launched the new documentary series The Black Church: This is Our Story, This is Our Song. Henry Louis Gates, Jr., who wrote the book that served as the basis for the show, also hosts.

The series offers an in-depth look at the origins and effect of the church in African-American life, as well as its far-reaching cultural influence, particularly when it comes to music. In an exciting reveal, the show also traces the origins of gay disco music back to the church.

The Black Church features interviews with prominent African-Americans, including Oprah Winfrey, John Legend, Jennifer Hudson, Senator Reverend Raphael Warnock, Dr. Cornel West, and Rev. Al Sharpton, all of whom share memories and anecdotes of their upbringing in this church.

In this exclusive clip obtained by Queerty, the show also examines the roots of gay disco music within the church itself. The panelists in the film also discuss the hypocrisy of the black church–which was formed out of oppression–having such a nasty history of condemning and disowning its LGBTQ congregants.

Subscribe to Queerty for a daily dose of #entertainment #henrylouisgates #jr. stories and more