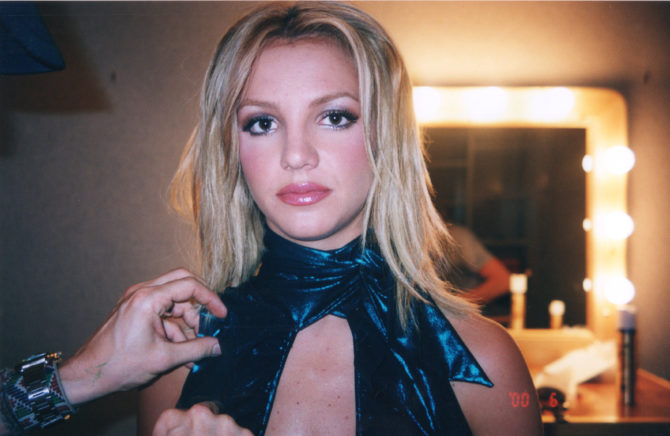 The Must: Framing Britney Spears

The #FreeBritney movement has become something of a phenomenon and a punchline in the past year. Now queer filmmaker Samantha Stark examines the fan “movement” to have Spears released from her court-ordered conservatorship, which may or may not have imprisoned Spears within her own life. Framing Britney Spears examines the life and career of the pop icon, and the all-too-public downward spiral that landed her under her dad’s supervision. Featuring interviews with fans, friends and former associates, Stark does her best to illuminate the very real woman buried under the Britney myth.

At its best, Framing Britney Spears offers subtle observations about the contradictions of Spears: a woman whose greatest talent was her sex appeal becomes the victim of outrageous sexism; Britney becomes a pop icon without seeming to have much artistic voice of her own; public fascination with Spears’ personal life elevates her to the highest echelon of celebrity, only to have that same fascination almost cost her a career. If we have one complaint, it’s that the movie runs only an hour and fifteen minutes—it easily could have been longer and provided an even more exhaustive examination of Spears’ life. That minor quibble aside, the documentary is a must for Britney fans and pop culture observers who will feel compelled to debate the justification of Spears’ conservatorship, as well as her mental health. Coming away, we couldn’t shake the feeling: the cottage industry that is Britney Spears may have indeed become a prison for the simple woman who happens to share the name.

Streams on FX and Hulu February 5.

This hit from last year’s festival circuit arrives on streaming services this week, much to our delight. Twilight’s Kiss tells the love story of two aging gay men living in Hong Kong. Pak (Tai-Bo), a married grandfather, spends his free time cruising for sex in public bathrooms. One day he meets Hoi (Ben Yuen), a divorced, fellow grandparent who has come to embrace his queer identity. The two develop an immediate passion for one another, and with their final years approaching, face serious questions about the future. Twilight’s Kiss offers subtle observations about aging, particularly for an LGBTQ audience. The film also pulls back the curtain on the complex social position of queer people in Chinese society—while not outlawed, gay people still face an enormous, crippling social stigma. Quiet, sensuous and featuring two terrific lead performances, we suggest giving a watch both for its sociological insight, and for its portrait of senior romance.

The Contender: Two of Us

Speaking of aging romance, France’s official entry for the Best Foreign Language Oscar—and this week’s Golden Globe nominee—comes to streaming this week as well. Two of Us centers on a closeted lesbian couple, Nina and Madeline. For decades the neighbors have hidden their long affair with one another. When Madeline has a massive stroke, Nina must fight to get access to the woman she loves in hopes of preserving their last days together. Much as with Twilight’s Kiss and Supernova earlier this year, Two of Us signals an emerging subgenre of queer cinema: one that centers on aging, and the looming, difficult questions that face LGBTQ seniors the world over. As the post-Stonewall generations continue to age, make no mistake—said questions will take on a newfound urgency as great as any the community has yet faced. Two of Us knows that presents said quanderies within an engaging powerhouse drama.

In theatres and streaming on VOD February 5.

The Catch: Dan Levy on SNL

Gay comic, sex symbol and all-around awesome dude Dan Levy lands hosting duties on Saturday Night Live this week, and we can’t wait. Levy, no doubt, acquired his comic gifts through the tutoring of his dad Eugene, himself no stranger to sketch comedy having starred on the Canadian answer to SNL, SCTV. Of course, given that the show is live, we can’t exactly preview anything here. That said, the pairing of Levy with fellow icon Kate McKinnon is too good a prospect to pass up.

A reader tipped us off to this new digital series streaming on Broadway On Demand. In sum, we’re enamored. ThealityTV borrows from such films as Waiting for Guffman as it follows a down-on-his-luck playwright named Rob (Rob Gould) who makes a final bid to stage his long-in-development-hell musical Little House on the Ferry. With less than a month until the show must go on, Rob scrambles to assemble his cast and crew, and encounters one goofy personality after the next, not to mention one production woe after another. With Michael Musto on hand to “host” the faux reality series, we suggest giving it a look. Fans of theatre will have a good time, while actual thespians might find the show all too real.

The Sip: The Britney Spears 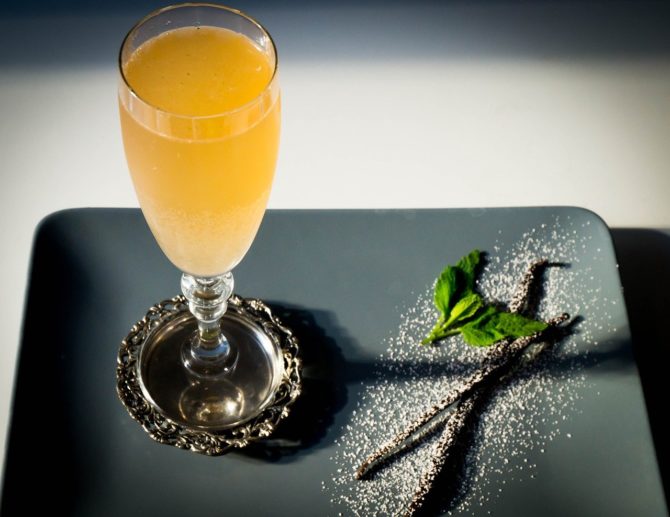 What better way to honor the trials and Trials of Ms. Spears than to imbibe her namesake cocktail? Potent, bubly and sweet, just like the woman herself, no doubt its kick will offer some fine relief after reliving her legal woes. It’s also good enough it’ll have you telling the bartender “Hit me one more time.” See what we did there?

Mix rum & juice in a cocktail shaker over ice. Shake well. Strain into a glass and top with champagne.