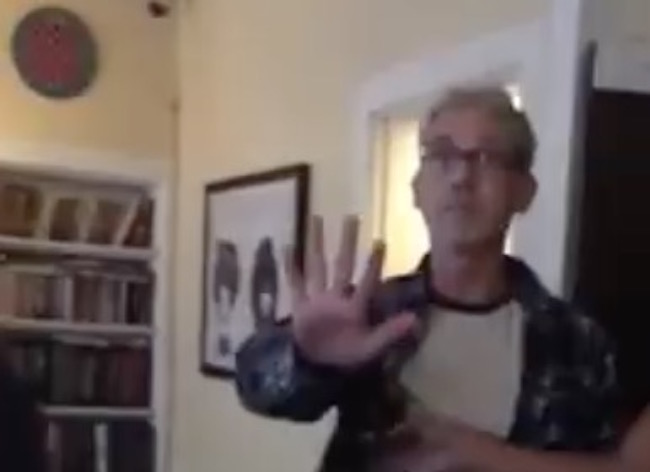 As part of a campaign by anti-abortion organization The Tenth Mark, protests descended upon Seattle on September 28th in Fremont’s Lenin Statue, a public school, and various other locales.

The organization announced the protests via fliers reading “You are not safe,” urging readers to visit kickily-named website All Gods Must Die, which leads to The Tenth Mark’s website.

After spending a hard day protesting abortion, members of AbolishHumanAbortion and The Tenth Mark decided to pop ’round to Seattle’s Bedlam Cafe to get their caffeine buzz on.

As you can see in the Facebook vid below, that didn’t go terribly well for them:

He produces one of their pamphlets, featuring a rainbow flag, a fist, and the demonstrably asinine motto, “Love Hasn’t Won Yet.”

The pamphlet includes a short essay titled, “We Are A Prideful Culture Full of Hatred, Bigotry, Intolerance, and Oppression,” which features photos of rainbow-hued, bloodied hands, and an image of an aborted fetus.

Borgman once again emphasizes the protestors aren’t welcome, but they refuse to leave. 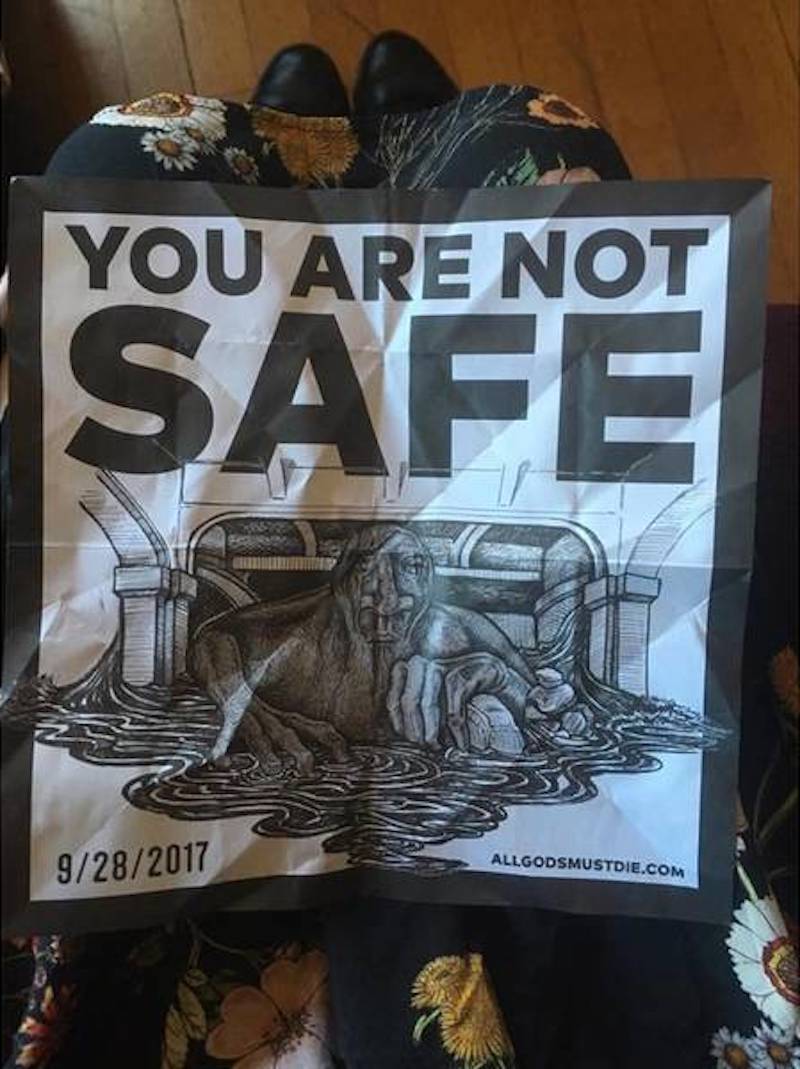 As the situation escalates, Borgman casually asks if they’d tolerate him getting his “boyfriend and fucking him in the ass right here.”

The protestors robustly suggest they wouldn’t really want to see that.

“Well then, I don’t have to fucking tolerate this!” Borgman shouts.

And that’s about that, really.