The fab five return with the fourth season of their popular Netflix show this week, with the queer ambassadors landing once again in Missouri to makeover some style, and some lives. This season also finds the fab five revisiting Jonathan Van Ness’ high school Alma matter in Quincy, IL to thank some of his favorite teachers, and give the Queer Eye treatment to a few of his former classmates too. Equal parts fabulous and moving, the new season of Queer Eye will more than satisfy longtime fans of the series.

Whether you catch the new IMAX documentary in its intended (if expensive) format, or on streaming services, the beautiful, majestic images of the original spaceflight to the moon will capture the attention of even the hardest-hearted viewer. Apollo 11 combines restored, never-before-seen footage of the lunar voyage and landing with first-hand accounts of the mission, still one of the greatest in all human history. Most of us will never know the wonder of walking on the moon. Apollo 11 might just be the next best thing.

The X-Men rocketed to pop culture icon status with this first in a long line of sequels which focused on the mutant heroes as outsiders. Moreover, the film uses the status of the characters as a thinly veiled metaphor for queer people, as exemplified by a hilarious scene of Bobby Drake/Iceman (played by Shawn Ashmore at his hottest) coming out to his family. Queer actors Ian McKellen, Alan Cumming and Anna Paquin also star in a film that begs the question: when the forces of oppression come draped in the flag, just who is the bigger hero: peacenick Professor X (Patrick Stewart) or the more militant Magneto (McKellen)?

Longtime fans of Wonder Woman will no doubt know the character’s long history of bisexuality in her adventures. Patty Jenkins’ 2017 film adaptation doesn’t excatly say as much explicitly, though it does have more than a few hints that Diana, much like her all-girl Amazon tribe, appreciates some time with the ladies. Besides the undercurrent of queerness, Wonder Woman also features a star-making turn by Gal Gadot in the title role and a much welcome nude scene for Chris Pine which keep the movie entertaining, as do rapid fire jokes about the sexism often taken for granted in western civilization. If nothing else, revisiting this fun popcorn flick will provide a fine counterbalance to the overly hetero male dominated superhero scene, not to mention prepare viewers for next year’s big sequel: Wonder Woman 1984.

No, not the popular TV series. We’re recalling the super turkey feature film of yesteryear that pitted the title character and cousin of Superman (played by ever-plucky Helen Slater) against a nefarious, scenery-chewing witch named Selena (played by Faye Dunaway at her most over the top). Hideous as a serious adventure, but utterly hilarious as a campy misfire, Supergirl also features Hart Bochner at his hunkiest, Peter O’Toole at his drunkest and Brenda Vaccaro at her horniest. 30 years on, we still have to wonder: who thought this was a good idea? Curl up with a drink and popcorn and prepare to laugh your ass off in disbelief.

The Homoerotic: Star Trek – The Wrath of Khan

So, unlike the JJ Abrams-helmed “reboots” which go far out of their way to make sure everyone knows Kirk and Spock have zero attraction toward one another, the original Star Trek series and subsequent films liked to toy with the idea that maaaaaybe the two had a deep romantic entanglement. Case in point: The Wrath of Khan, in which we find Kirk at his most despondent after the death of his longtime first officer. No wonder it helped inspire fan fiction (known as “slash”) that had Kirk and Spock carrying on a passionate affair off camera. Even Trek creator Gene Roddenberry endorsed the idea of a Kirk/Spock romance, holding that in the future, everyone would be a bit sexually fluid. If only…

The Shameless Self Promotion: Sex Drugs & Superheroes/Conquest of the Planet of the Geeks

Ok, modesty be damned. Those of us within the queer community know that all things geeky—be it comics, sci-fi, fantasy or gaming—have a special appeal to us. Why? Perhaps because fantastic worlds offered by genre stories offer unlimited possibilities…not to mention plenty of perfect-bodied heroes. With that in mind, the Sex, Drugs & Superheroes series raises the curtain on the gay geek subculture, and how it functions at Comic-Con. The first-ever series of novels set at the famed San Diego convention, the stories follow an out-gay geek as he tries to find love and creative purpose in the world of fandom. Written by yours truly, the Sex, Drugs & Superheroes series aims to speak to a long-neglected subculture, and to anyone that has ever followed a dream. Visiting Comic-Con? Come to the Prism Comics Booth #2144 to explore queer themed content and meet your favorite creators. We’re signing there every day at 2pm.

The Sip: The Blue Milk 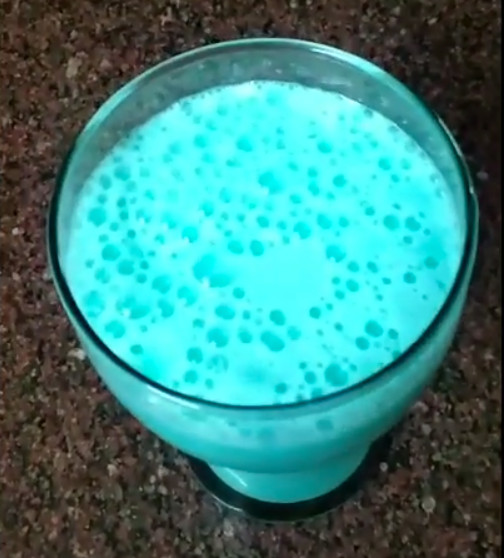 So with Comic-Con bringing out all the hot boys and girls decked out in their tights, and with The Rise of Skywalker coming later this winter, we think now is a good time to try this Star Wars-themed concoction, based on Luke Skywalker’s famous Tatooine staple.