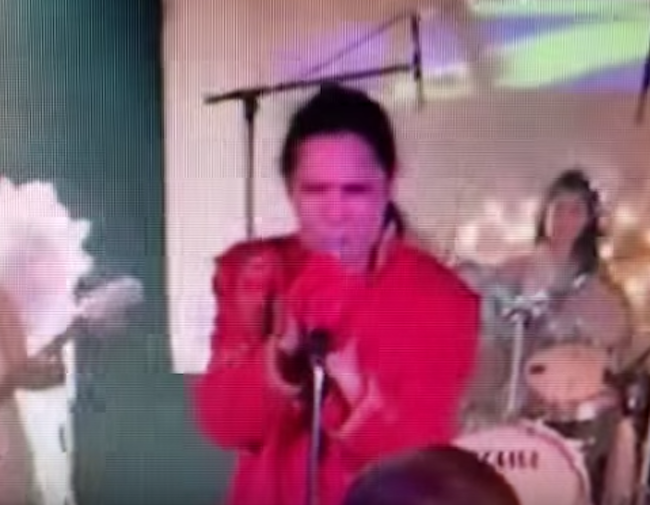 Oh, hello there. Just a quick message to let you know that actor/musician Corey Feldman stopped mid-concert during a performance in his “Angelic 2 the U.S.” tour in to order find the tooth he unwittingly knocked out of his mouth.

The incident, captured on grainy video first posted by the Milwaukee Record, finds Feldman performing at Shank Hall, wandering off the stage to deal with his injury, and then saying to the audience, “I smashed myself in the face and my tooth came out.”

Eyewitnesses say Feldman did indeed put time and effort into locating the rogue tooth. Fortuitously, a fan in the front row succeeded in tracking down the little fellow and generously didn’t keep it for the hope chest, instead returning it to the entertainer.

A consummate professional, Feldman demonstrated the show must indeed go on by soldiering on with the show.

This is, of course, just the latest in a string of mind-melty stage antics Feldman has perpetuated upon an unsuspected and largely unwilling public, which also includes an absolutely iconic Today Show performance that must be seen to be believed.

Watch Feldman lose and find that missing tooth below: