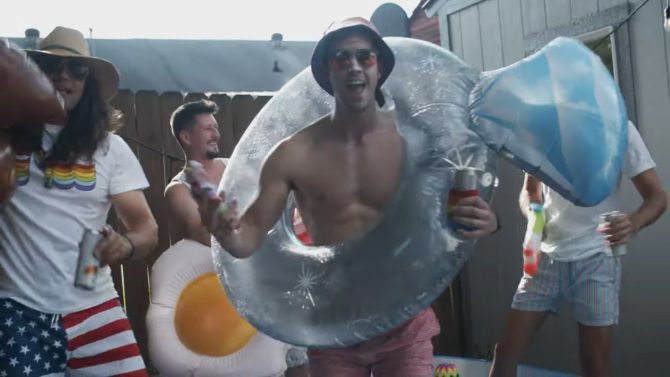 Nashville artist Hayden Joseph has struck back against the “bro” culture of country music with a happy and gay new video called “Backwoods Bougie.”

“For obvious reasons, I am never going to be able to write to that template and feel remotely authentic,” the 27-year-old gay singer told HuffPost. “As a form of subtle protest, we crafted a song that plays into country music stereotypes, but also stays true to me. And the result is a ton of fun.”

For Joseph, the video also pushes back against homophobic harassment he has received from other country artists.

“I’ve written off veiled remarks for years about my appearance, sound and lyrical content,” Joseph recalled. “But this was, unfortunately, a situation where I couldn’t do that. I was surprised, though, that this came from an artist several years younger than me, rather than an old-school exec. I was upset for a few days but have moved past it. I love how the video turned out, and we were able to edit him out of the final cut seamlessly.”

Joseph joins a handful of growing country (or country adjacent) artists that include Lil Nas X and TJ Osborne who have come out as gay, and who hope doing so will quash homophobia within the genre.

Have a look at the video. Prepare to get wet.