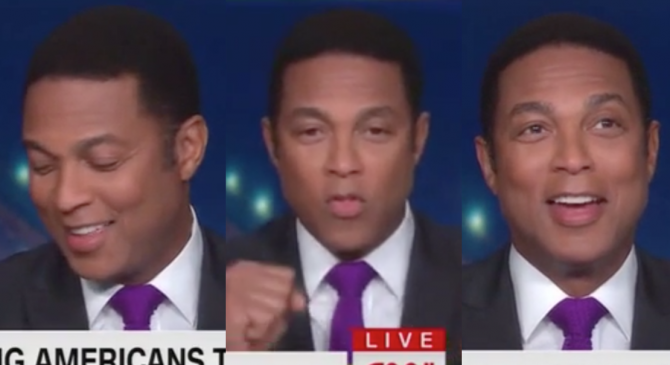 The rapidly approaching presidential election was always destined to get weird, but “Village People déjà vu” was not on our bingo card.

Just one day after Mary Trump appeared on CNN Tonight with Don Lemon to talk about her uncle’s flailing reelection campaign, his increasingly erratic behavior, and his terrible “Macho Man” dancing skills, Lemon was back to criticizing the president’s dancing, this time to “YMCA.”

And while it’s easy to laugh at (and laugh he did), the seriousness of the moment outweighed the uncoordinated fist bumps.

Lemon criticized Trump for appearing to be “dancing on the graves” of those lost to COVID-19 after the incumbent candidate held a packed Florida rally and boasted about how well he defeated his own COVID diagnosis…with the help of 14 doctors.

“Fourteen doctors, huh? Do you have 14 doctors?” Lemon asked his viewers. “Can you even see a doctor? Do you have health insurance? ‘Fourteen doctors surrounding me.’ Really? Now you have a pre-existing condition, Mr. President, like millions of other Americans,” he said. “But they can’t get 14 doctors and the best medicine and a helicopter ride to the hospital.”

As Lemon continued, footage of Trump dancing to “YMCA” appeared on the screen.

“Yeah, see, I’m reading something serious and look what’s happening,” said Lemon. “That can’t be taken away no matter how many times he goes to rallies and dances to the Village People.” At one point, Lemon himself does an impression of the dance, bumping his fists in apparent disbelief.

“You know, they play that song like every night at every gay bar across America,” Lemon continued. “And last night I think it was ‘Macho Macho Man’ and that one too. You cannot write this stuff. But he is having fun and dancing. On the graves of 215,000 Americans. Dancing.”