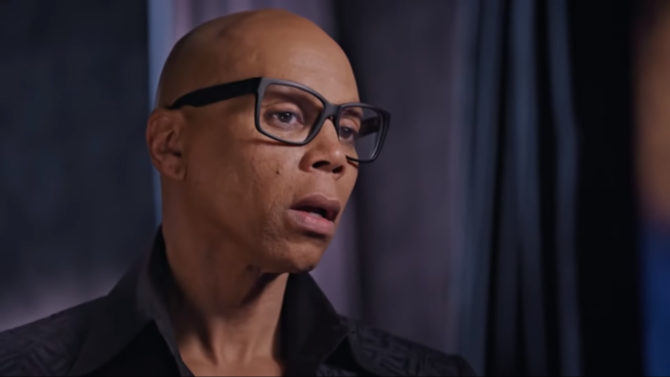 Drag icon RuPaul makes an emotional discovery about his family history in a new video from the PBS series Finding Your Roots.

RuPaul, 60, met with host Henry Louis Gates, Jr. to discuss three members of his family, traced to RuPaul via genealogy and DNA testing. This anecdote dates to 1804, in which a white slave owner freed RuPaul’s great, great, grandmother Nanette and her brother Andre from slavery. Said plantation owner, a man called Jacques Fontenette also refused to free Nanette and Andre’s mother, referred to as Negro Julie, from slavery.

In the clip, RuPaul and Gates speculate as to why.

“I wonder what precipitated giving them their freedom,” RuPaul wonders aloud.

“Why do you think?” Gates presses.

Related: RuPaul calls out ‘Drag Race’ contestant’s racist past on the air

“The first thing that comes to mind,” RuPaul stammers, “is he has a relationship with Negro Julie. Somehow, through compassion of the heart, he did this. Maybe because he’s their father?”

“Love would be the number one thing,” Ru admits.

Gates goes on to explain that history does not record the nature of the relationship between Julie and & Fontenette. It does, however, make mention of a final twist in her story. Nanette and Andre spent the next 14 years trying to free Julie from bondage. Andre, just prior to his death, bought Julie from Fontenette with the intention of freeing her. Thus, Nanette freed Julie following Andre’s death.

“Living long enough to free your mother from slavery?” RuPaul marvels. “To not give up? Very easily, people could fade away. It’s too much.”

A teary RuPaul then goes on to recount a story about caring for his mother as she lay dying, and how the experience humbled him.

Have a look at the clip. Have some Kleenex on hand.