Queer actress and activist Evan Rachel Wood opens up about her abusive ex, Marilyn Manson, in this HBO doc that’s sure to get people talking. Wood and Manson (real name Brian Warner) dated from 2007 to 2010. Wood also appeared in the video for Manson’s song “Heart-Shaped Glasses.” After years of vague references to an unnamed abusive ex on social media, Wood finally accused Manson of rape, torture, and psychological abuse in 2021. She also lobbied for passage of the Phoenix Act in California, a bill expanding the statute of limitations on domestic violence cases.

Phoenix Rising recounts all the lurid details of the Wood-Manson relationship, and her subsequent activism. The series is at its best when it focuses on a group of former Manson associates coming together to discuss his increasingly disturbing behavior. What began as a stage persona has apparently consumed his psyche; unlike other shock-rockers who turn off their “character” when not performing, Manson apparently leans into his. Other former assistants and employees share their own experiences with his racism, sadism, megalomania and threats of violence. They also allege drug use, including meth, which could go a long way to explaining his crazy behavior. Ultimately, this is a story of an actress finding her voice in real life…and of an actor consumed by a character he created. PR or an explosive expose? You decide.

The Resurgent Part I: Judas Kiss

This indie film has found a second life thanks to Border2Border Entertainment. Judas Kiss tells the bizarre story of Zach (Charlie David), a struggling filmmaker who lands a job on a film festival jury. The night before the festival, he meets Danny (Richard Harmon), a filmmaker working under Zach’s birthname…and who happens to submit a film that shares a title with Zach’s first. A twisted plot resembling something out of Mulholland Dr. ensues, with Zach questioning his sanity, and the motives behind Danny’s seduction.

We’ll say this for Judas Kiss: it’s unique. The film is noteworthy for featuring Sean Paul Lockheart (better known as adult performer Brett Corrigan) in a supporting role, and for its genre-bending. Other elements—especially the movie’s focus on white, affluent, handsome college students—make the film feel dated, to say the least. We offer it up as indicative of a bygone era of queer filmmaking, and as an ambitious play to expand the genre.

Speaking of Charlie David and a resurgence, this other Border2Border film gets a second life this week. Mulligans follows the story of Chase (David), a handsome college student who decides to spend the summer with his friend Tyler’s (Derek James) parents at their lake house. Tyler’s father Nathan (Dan Payne) takes an immediate shine to Chase…and sexual tension begins to mount.

Like Judas Kiss, Mulligans channels a different time, one in which the idea that middle-aged, married men could secretly be in the closet, and in which (gasp) masculine men could be gay too. And, like Judas Kiss, the whole story feels a bit like a Bruce Weber Abercrombie & Fitch ad come to life. That may feel a bit too ridiculous for some viewers by today’s standards, though once again, we offer it as a relic of the not-too-distant past, in which queer cinema—and queer life—looked very different.

The Jam: Abisha “Home to You”

Queer dancefloor siren Abisha drops her latest single this week, a hopeful electro-pop ballad about coming home to someone special. As with all her videos, the accompanying visuals for “Home to You” feature Abisha at maximum charisma, which makes it a delight to watch. We’re not sure why, but something about a bright, optimistic dance tune just feels refreshing right now. Play this one with someone special.

Queer Texas artist Caleb De Casper, fresh off a concert at SXSW, drops his latest album this week, a tribute to being the bullied gay kid. Femme Boy finds De Casper infusing rock with dark synthpop and dance beats for an eclectic, sexually charged collection of tracks that recalls the work of the Pet Shop Boys. The album also seems like a certain catharsis for De Casper, an artist told he was “too gay” to ever succeed in music. This new album suggests otherwise for sure. Our favorite track: the mournful ballad “Never Home,” about a crush that got away. 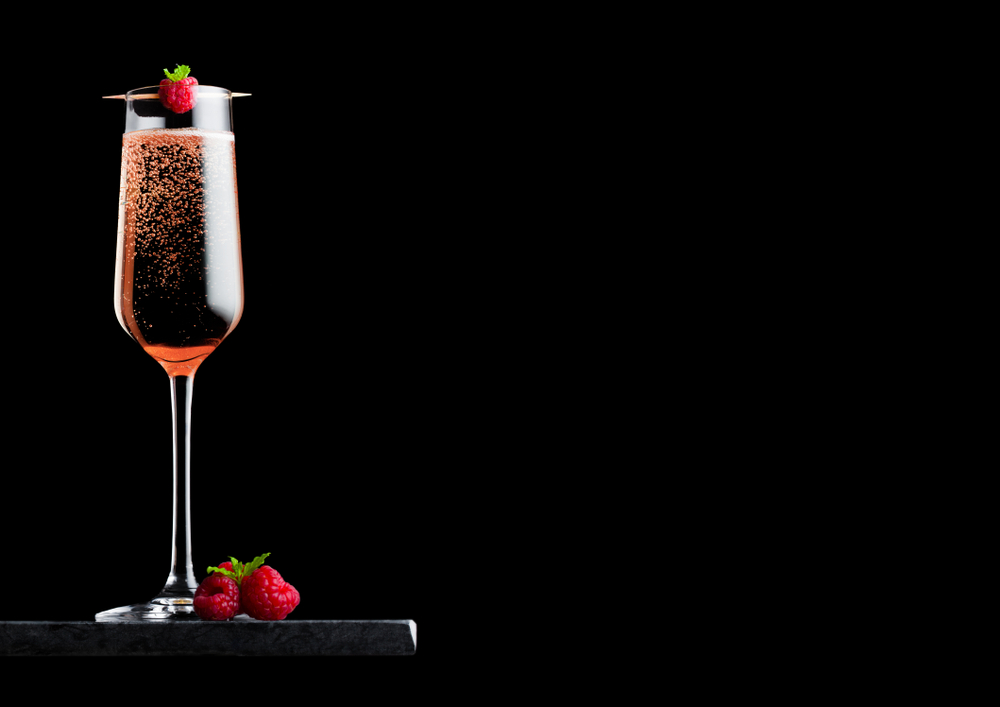 Honoring the resurgent Judas Kiss this week, we offer up this fruity and sweet variation on a champagne cocktail. It pairs well with any of the music or romances on this week’s list, and could come in handy while watching Phoenix Rising too. We needed a drink after that one…

Mix prosecco and Chambord to taste. Serve in a champagne flute.