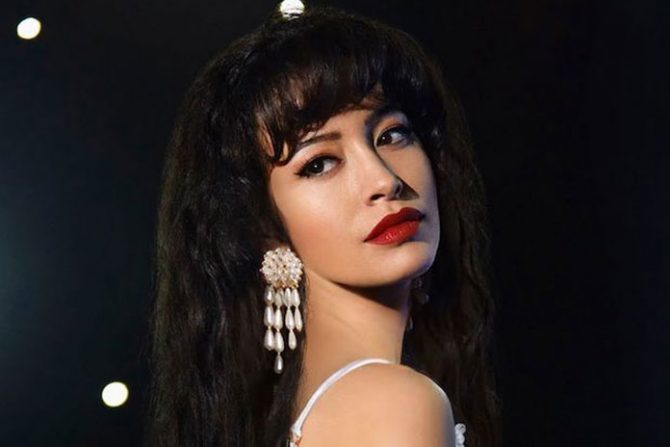 In some welcome good news, Netflix just dropped the trailer for the new biographical series about singer and Latinx icon Selena.

The new, two-part series will follow the rise of the famed Tejano singer as she works to have a career in music and eventually cross over onto the English-language music charts. Actress Christian Serratos will lead the series in the title role.

Selena (real name Selena Quintanilla-Pérez) grew up in Texas as the daughter of a restauranteur. From an early age, she showed a powerful aptitude for music, and began performing at small engagements and even on street corners. At the time she turned 18, Selena released her first studio album, and Coca-Cola had even tapped her as a local spokesperson. By her mid-20s, the singer had picked up a Grammy award, began modeling and acting, and earned the distinction as one of the most successful Tejano singers in history. Just before the 1995 release of her album Dreaming of You–her first major attempt at crossing over into English-language pop–Yolanda Saldívar, a president of Selena’s fan club, shot and killed her amid an embezzlement scandal. She was just 23 years old.

As a singer, Selena remains a popular gay icon among the Latinx community for her mix of talent, style and innovation as a mixer of English and Spanish language music. Music critics widely credit her with popularizing the Latin genre, which led to the explosion of Latin singers in the late 1990s, including such artists as Ricky Martin, Shakira and Jennifer Lopez (who previously played Selena in a biopic).