The Requisite: Circus of Books

We caught this splendid documentary on the festival circuit last year. Now Netflix and Ryan Murphy bring it home. Director Rachel Mason films the story of her blue-collar Jewish family, and the family business: the landmark gay porn shop Circus of Books. Part tome of gay history, part family memoir, Mason examines the contradictions between her conservative family and their business, as well as how the store became a center of queer life, especially during the AIDS crisis. The film also eulogizes the decline of gay bookstores in the internet era, as her folks prepare to shutter the business forever. By turns funny, titillating and deeply moving, we consider it required viewing.

The Party: The We’re Here Preshow

We reported on the fabulous new HBO series We’re Here last week. The show stars Shangela, Eureka and Bob the Drag Queen as they sojourn the nation visiting small towns and healing the rift between the queer community and rural America. Now the party gets even better: the three queens will host a special live preshow for the series, starring their fans Drew Barrymore, Monét X Change, Hayley Kiyoko, Ellen Pompeo, Andrew Rannells and Naomi Watts. Even better, HBO will release the first episode on YouTube Premeire at the same time it airs on HBO; something the cable giant has never done before. Viewers can also live chat with other fans during the show. It’s a great way to check out the new series, and add a little party to mundane lockdown life.

The Marathon: The Great Gay Stay In 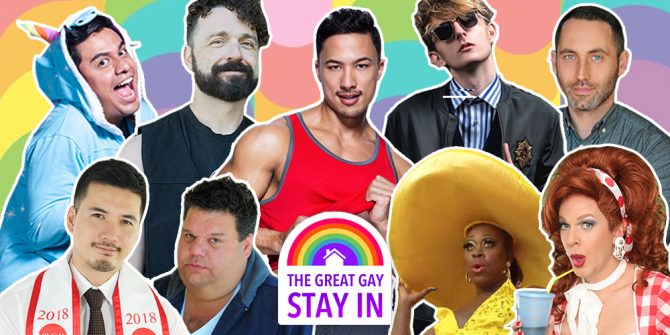 Speaking of parties, the folks over at Hornet have sensed the need for one as well. Accordingly, they’ve put together this marathon live event, which will also include the We’re Here preshow. The festival kicks off at 11am PST on April 23, and will feature a cooking show, two workout segments, a call-in sex education talk show, cocktail hour, standup comedy and a dance party, as well as We’re Here. Viewers can access the Livestream content by downloading the free Hornet app to their smartphones.

Begins at 11 am PST on April 23. A full, detailed schedule is also available on Hornet.com.

The Jam: John Galea “Hero Within You”

UK crooner John Galea dropped the video to the dance remix of his tune “Hero Within You” this week, which features backup vocals from opera star Hannah Long. The song encourages hope in dark times, and features a beat that cries out for sunshine, dancing and driving. At a time when we need a bit of positive lift, a bit of encouragement goes a long way.

The Quickie: Welcome to the Ball

This award-winning short film made the rounds at festivals last year before landing on YouTube last week. Welcome to the Ball chronicles the friendship between a genderqueer boy and his deaf neighbor as they learn to be fabulous together. Kid drag queen Lactacia also makes a promising debut in the lead. For those of us who grew up different—or had the desire to look great in heels—Welcome to the Ball offers a tender vision of the world as it could have been…and with a little luck, what it could be in the future.

The Sip: The Drag Queen 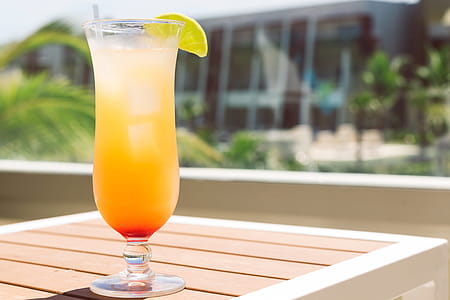 Given the prominence of drag queens in this week’s list, we’re suggesting a cocktail of the same name. Strong, sweet and fruity (ya know, like a real drag queen), it’ll have you

Mix ingredients over ice. Garnish with a cherry.