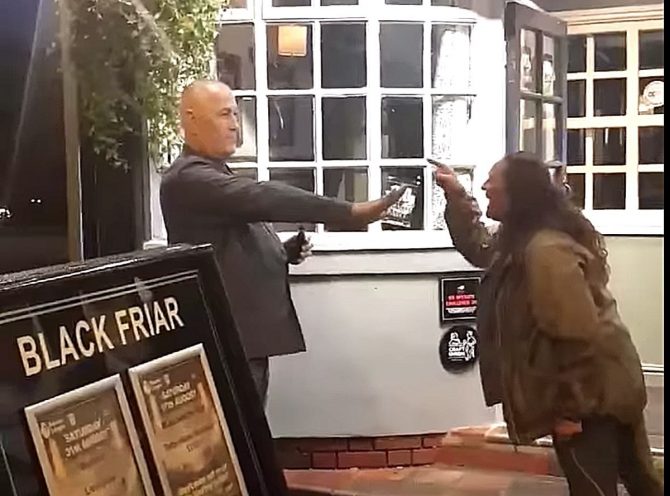 And for today’s lesson in Zen…

Video of Ryan Carrington, the out-gay owner of the Black Friar Pub in Newcastle, UK, has gone viral showing him defending himself against an attack by a homeless woman.

Carrington kept his cool as the clearly disturbed woman shouted homophobic slurs and threatened him for four minutes. Police later arrested the woman for her attack.

Related: He says the bouncer attacked him for kissing his boyfriend, the bar says he attacked the bouncer

“This video that someone took was only a fraction of what happened, the reality of what went on was a lot longer,” Carrington says of the encounter. “Being a publican I am well aware of the cameras and have to act accordingly, yes my patience was tested, but you have to think of ‘pity’ for this woman. I doubt it’s the life she would have chosen if she had a choice! Let’s not condemn her, let’s try to help and educate, far more rewarding.”

In the video, Carrington manages the situation as well as one could, at one point telling her “I’ve been insulted by better than you darling, by people with far more intelligence.”

Drunken woman launches homophobic attack.Posted to educate the public about LGBT issues on our streets