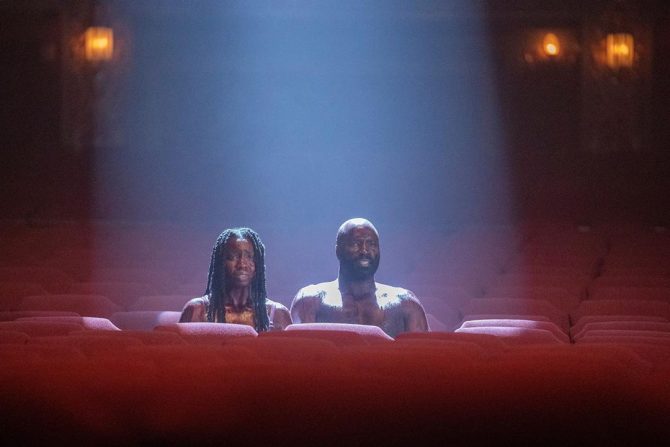 CBS All Access Paramount+ dips its feet in the documentary pool with this jolly romp into the titular digital skirmishes. With the video game market having recovered from the crash of the 1980s, the 1990s looked golden for an industry standard, Nintendo Entertainment. Then came the Sega Genesis, which broke new ground in graphics and game sophistication. So began a media war between the two companies for control of the market. More raucous than the premise sounds, and spliced with no shortage of throwback 90s ads, Console Wars details a turning point for the gaming industry with a nostalgic glow. Underneath the warmth, however, lurks a story of how marketing genius can manipulate public sentiment, regardless of the product it pushes. Fun and occasionally creepy, it’s a must for anyone who grew up button mashing.

Speaking of the creeps, Hulu debuts this new anthology series this week, pitting a revolving door of stars against a world overrun by unseen and nefarious creatures. With a world overrun by everything from demons to werewolves, ordinary people do their best to survive, often resorting to their monsters within to do so. We can’t give away too much here, other than to say some LGBTQ characters do pop up over the course of the season, as does bisexual actress Taylor Schilling, along with Kelly Marie Tran and Kaitlyn Dever. Reaction to Monsterland may depend on personal taste; for anyone looking for a fun screamer, it should appease their inner beasts.

Drew Droege brings his latest one-man show to the streaming screen, produced by out actor/producer Michael Urie. Tommy DeTrinis directs from a script by Droege. Happy Birthday Doug finds an out-gay man celebrating his birthday at a wine bar, and delivering no shortage of jibes and zingers as he sips. As with so much of Droege’s work, the writer/actor takes the opportunity to rib queer culture and dating with chemically-induced honesty. Filmed during quarantine, the show offers a return to the theatre from the couch. Unfortunately, that’s still the best we can do at the moment.

Drag Race alum Peppermint drops the first single from her upcoming album A Girl Like Me this week, and is often the case with Peppermint, she has our attention. “Best Sex” channels the sensuality of 90s R&B along with a dash of Vangelis-type electronica into a sound ready-made for naked time, preferably with some attractive company. It’s an exciting preview of A Girl Like Me, which arrives next month. Besides, we all know a little peppermint sweetens the breath enough to want to make out with someone beautiful. This Peppermint has us just as ready.

Continuing the odd boom of queer country artists, newcomer Tommy Atkins releases his debut EP Kiss Me Cowboy this week. As with Cameron Hawthorn’s “To Break Hers” two weeks ago, Kiss Me Cowboy focuses on the heartache of growing up queer in a conservative environment. Atkins’ title track focuses on homophobia and the love of idealistic youth, and the image of riding a Ferris Wheel while wanting to share a kiss with a secret boyfriend will conjure some bittersweet memories for many listeners. It’s a tender, loving track, and at the moment, we could use a song that makes our hearts swell.

The Sip: The Peppermint Martini 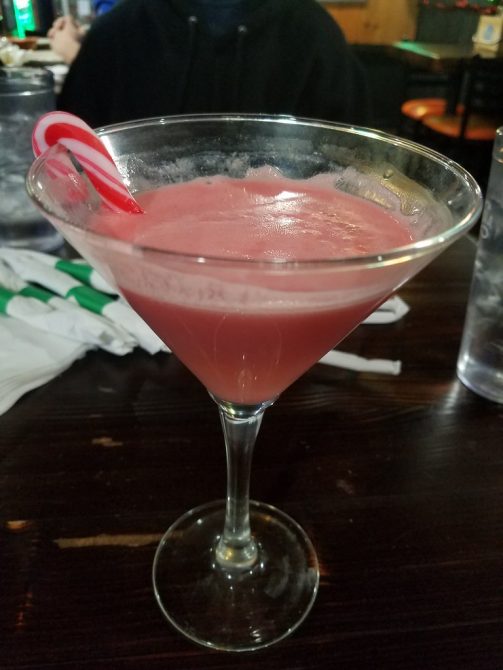 In honor of Ms. Peppermint’s new album, we offer this crisp, clean cocktail that freshens the breath and gets you tipsy at the same time. It’s also a good way to welcome the fall, and–dare we say it–the looming holiday season.

Mix vanilla vodka, peppermint schnapps and simple syrup in a shaker with ice. Shake and strain into martini glass. Add splash of grenadine on top. For extra fun, rub crushed peppermint around the rim of the glass, or sprinkle a bit on top.