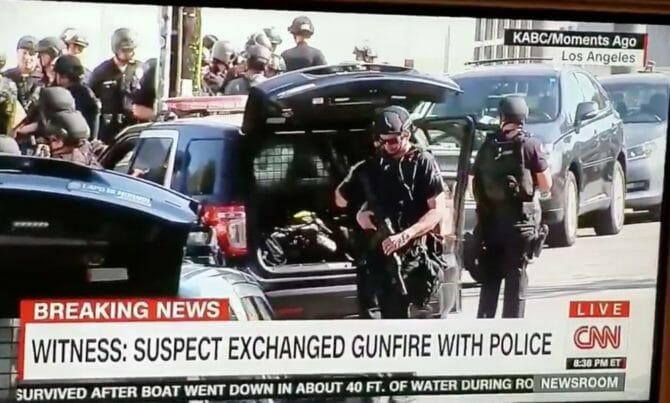 A terrifying drama played out at Trader Joe’s in Los Angeles over the weekend that tragically took the life of a store employee.

After allegedly fighting with and shooting his grandmother, 28-year-old Gene Evin Atkins entered the Silverlake store, armed, and proceeded to engage in a hostage situation with police.

27-year-old employee Melyada Corado was fatally shot before the ordeal was over.

So, OK, that’s incredibly intense and we can’t imagine the loss Corado’s family and friends are experiencing.

But we’d be remiss not to direct your attention to this local news clip, which was almost certainly filmed before the grim details of the story were widely known, in which a gay witness seems to have the hots for the suspect.

“When you ask a gay man what the suspect looked like you’re going to get the truth…,” the caption reads.

When you ask a gay man what the suspect looked like you're going to get the truth… ? (hope everyone is safe though. #traderjoes #cnn #gay pic.twitter.com/90w2dWuHiW

Atkins is being held on $2 million bail.