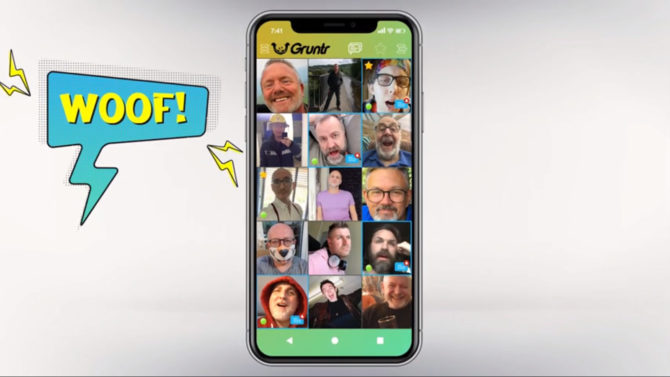 Giggles out of the UK this week: the South Wales Gay Men’s Chorus–a local gay vocalist group in the British province of Wales–has released an original tune devoted to the woes of gay dating apps.

Titled “Grinding,” the accompanying video for the song mixes choir members with actual pictures of men on apps. Members filmed from home due to COVID-19 restrictions, which makes the harmonies all the more impressive.

Though the video deals with some all-too-familiar issues that will get a few laughs, ultimately the song tackles darker issues associated with dating apps, namely Grindr: body shaming, HIV stigma, married, closeted men, ageism, fetishism and of course, the dreaded pictureless profiles.

Related: Norway has a bone to pick with Grindr

For members of the choir, the song and video offered a chance to do something creative during COVID-19 lockdown, and a way to vent frustrations with dating apps.

“For me personally I had a job with quite a lot of responsibility and on a Thursday evening I would kind of sing away my stresses of the week and get ready for the weekend,” choir chair Craig Stephens told Wales Online. “It was really therapeutic. We have open evenings normally twice a year. Some people like it and stay and some people don’t. I think a lot of people would recognize it as being some kind of therapy.”

Have a look. Laughing or sighing in frustration are both acceptable reactions.