The gayest things about the Super Bowl this year turned out not to be the commercials, what with Lady Gaga flying down from the roof, and fan shots of Elton John and John Travolta (along with a mystery boy toy next to him).

This was no 2016 game, when there were six LGBT themed ads. But there were a few advertising references to be found this year if you looked closely, between all the football and stuff.

The best ad of the night was in the pre-game show, starring Star Trek’s George Takei. He grabbed us with his deep-voiced series of “Oh myyyy” comments for Pizza Hut, including when the pizza boy shows up and Takei stares at his, um…pizzas. 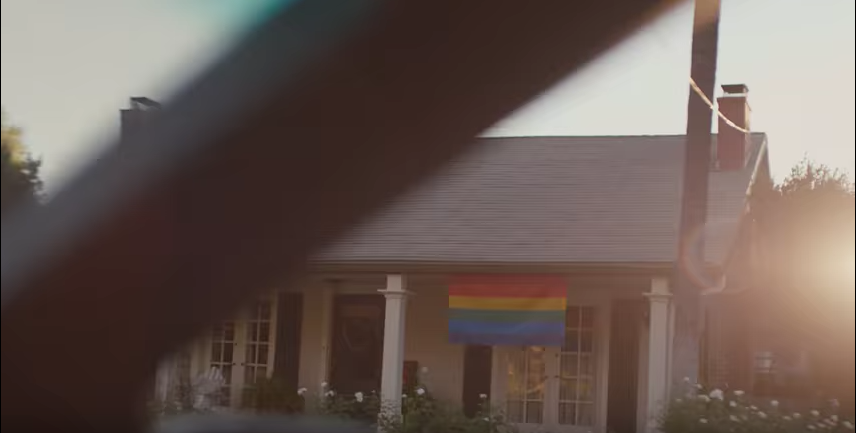 ”Coca-Cola brought back its inclusive spot from 2014’s Super Bowl, where “America the Beautiful” is sung in various languages. Two men hold hands as they roller-skate with their daughter, late in the ad.

AirBnB introduced its #weaccept campaign, showing various ethnic faces overlapping with one another in a split screen and the message, “We believe no matter who you are, where you’re from, who you love … we all belong.”

Then there were a few other ads that caught our eye, even if they didn’t have an explicitly gay reference to them.

Many noticed the prancing and lifelike rear end of Mr. Clean in skin-tight whites, ranked four stars by Ad Age (the ad, not his rear end), #5 by Adweek for the Super Bowl, and #6 by USA Today’s Ad Meter. 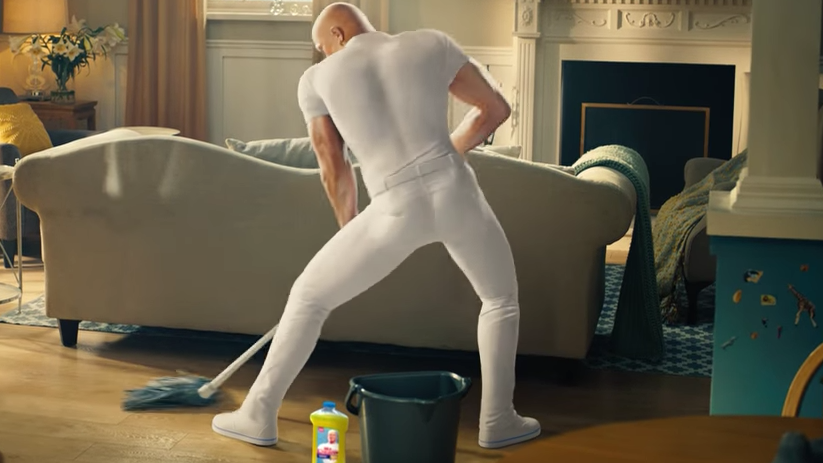 T-Mobile introduced two ads starring comedian Kristen Schaal turning Verizon customer service into sexual domination, a twist on Fifty Shades of Gray: “Wireless pain is fine. If you’re into that sort of thing.” (#4 for Adweek) In another version, a master tells Schaal that every time she goes over her data limits, she gets punished.

To which they replied, “Unfortunately no one will hear your safe word if you’re on @Tmobile” and added a smiley-face with a zipper mouth.

Michael Wilke has covered LGBT issues in advertising since 1992, is the founder of Commercial Closet/AdRespect.org, and Senior US Consultant for LGBT marketing and diversity firm Out Now