South African director Oliver Hermanus unveils his latest film this week, one which caused a sensation on the international film festival circuit. Moffie adapts Andre Carl van der Merwe’s memoir of the same name about serving in the South African military during a 1981 war with Angola. In the film, Nicholas (Kai Luke Brummer) arrives for his compulsory military service and encounters a world of harsh racism and homophobia where soldiers suspected of being gay are subjected to harsh beatings and torture. Amid that backdrop, Nicholas develops an attraction to Dillon (Ryan de Villiers), a handsome fellow soldier unafraid to show affection to Nicholas. A passionate, if chaste, affair develops between the two as war and homophobia threaten to destroy both men.

Moffie reminded us a bit of Apocalypse Now in the sense that it shows the harsh dehumanization of war and military maneuvers. In the film’s estimation, war doesn’t just change men—it destroys them. Brummer and de Villiers both give strong performances with difficult material which relies more on subtext than hysterics. Beautifully photographed, acted with conviction and featuring an ending bound to spark debate, Moffie begs the sickening question: in a system fraught with racism and homophobia, just who is the real enemy anyway?

The Josh Thomas-led sitcom about a gay older brother and his boyfriend raising two teenage sisters returns this week. Predictably hilarity ensues as the show picks up at the height of COVID-19 lockdown, with the ever-quirky family trying to navigate cabin fever, neurosis and general boredom. This season also gives actor Adam Faison (who plays Thomas’ boyfriend, Alex) a chance to shine, as the show delves more into his backstory and family life, and as Alex tries to play an island of sanity amid the increasingly nutty family. With the show’s own, unique brand of humor and unusual premise, we found Season 2 even more delightful than the first.

Executive producer Lena Waithe and queer creator Little Marvin bring this new exercise in horror to the screen this week, and in short, we’re disturbed. Them follows a middle-class African-American family as they move to a new home in the all-white neighborhood of Compton, California in the 1950s. There, they immediately meet with racist antipathy from some of their new neighbors (led by Alison Pill in a blood-curdling performance), as well as other dark, supernatural forces centered around their house. Much as with American Horror Story, Them borrows heavily from the Grand Guignol horror and psychological thrillers of the 50s and 60s. Keen-eyed viewers will catch references to Psycho, Straight-Jacket, Poltergeist, Dressed to Kill and Whatever Happened to Baby Jane. It’s also hard to look at the show and not think about recent movies such as Us and Antebellum, both of which take the real-life horror of racism and translate it into racism-as-horror. In other words, Them shows racism as the true monster it is. Moreover, the show’s subtextual thesis that racism isn’t a single force, but rather a combination of different forces (envy, ignorance, confusion, fear, pride and just maybe some cosmic evil), is as provocative as it is astute.

We want to be absolutely clear here: Them is, without question, among the most violent, scariest TV series we’ve ever seen. Yes, scarier than Tales from the Crypt, American Horror Story, The X-Files, The Twilight Zone or Alfred Hitchcock Presents, enough so that the combination of psychological terror and violence made us turn our heads during episodes. Them is not a show for the faint of heart. For all its many strengths, the show goes on a bit too long, and several character arcs don’t so much pay off as hit dead (excuse the pun) ends. Still, we can forgive the fat for all the rich sustenance here.

Stylish, scary as Hell and featuring two raw-nerve lead performances by Deborah Ayorinde and Ashley Thomas, we recommend giving it a watch. Love it or hate it, it’s impossible not to have a visceral reaction.

This indie lesbian drama arrives on streaming this week, bringing with it a touching story of sexual awakening and devotion. T11 Incomplete follows the story of Kate (Karen Sillas), an in-home caregiver struggling with addiction issues and a nasty habit of pilfering cash from her clients. When she takes a job caring for Laura (Kristen Renton), a woman recently paralyzed, both women find their passions awakened in ways they never expected. Led by a terrific performance by Sillas (who is something of a Jessica Lange doppelganger), T11 Incomplete finds the right notes for its quiet, character-driven drama. The film also deserves props for its focus on the issues surrounding being LGBTQ and disabled—a subject of increasing discussion and urgency within the community. It’s an honest, personal statement, and one that deserves to be seen.

The queer cult fantasy series takes a bow this week, wrapping up the story of the cursed Earp family in a thrilling and satisfying conclusion. After four seasons of battling outlaws, demons, demon outlaws, and everything in between, Wynonna and company seek to liberate the town of Purgatory from supernatural forces once and for all. The show also brings to a close the longtime fan-favorite relationship between Sherriff Nicole Haught and Wynonna’s younger sister Waverly. More than that, we’ll not say here other than to add that any finale which does right by it’s LGBTQ characters deserves praise and recognition. We’re happy to say that includes Wynonna Earp.

Actor Jonah Blechman (Not Another Gay Movie) lands his latest lead this week in a new bite-sized comedy from Revry. Pet Peeves combines the premise of Ghost Whisperer with Murder, She Wrote into a very odd comedy about a private investigator (Belchman) who can psychically communicate with animals. After servicing a 15-year prison sentence, Milton Michaels tries to restart his career as a pet psychic, only to find himself embroiled in an elaborate scheme. Blechman channels a more neurotic Tennessee Williams in the lead role, and his furry co-stars will, no doubt, have an immediate fanbase from animal lovers. With episodes running about 10 minutes each, we recommend giving Pet Peeves a chance. It’s a wacky comedy unafraid to take risks. 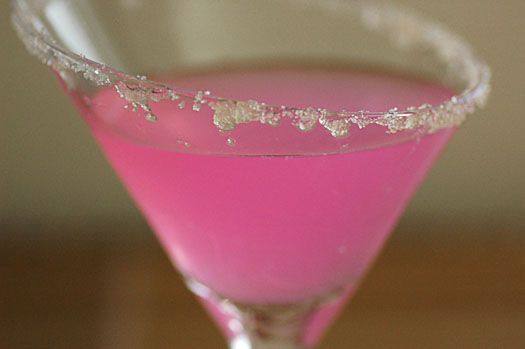 As Wynnona Earp bids farewell, we offer up this official cocktail salute so-named for her lesbian younger sister. Sweet, fizzy and packing enough punch to make your dead relatives sit up, it will have you ready to pull a six-shooter on demons in no time. We recommend just reaching for the remote and watching one of this week’s highlights instead.

Mix liquors & lemonade over ice in a cocktail shaker. Shake well. Pour over ice and top with 7-Up.