Writer/actress Nicol Paone makes an auspicious directorial debut with this holiday-themed screwball comedy, which also features a healthy dose of queerness. Friendsgiving stars Malin Akerman & Kat Dennings as a pair of best friends—one straight, one gay—both trying to get over some nasty breakups. For Akerman’s Molly, that means hosting a wild Thanksgiving dinner to introduce her friends to her new boyfriend, the semi-nudist Jeff (Jack Donnelly). For Dennings’ Abby, that means stuffing her face, wallowing in self-pity and resisting the advances of some butch lesbian guests. Quite simply, Friendsgiving knocked us out with some very big laughs. Akerman & Dennings both have comic gifts, and a talented supporting cast that includes Aisha Tyler, Margaret Cho, Wanda Sykes, and Christine Taylor keeps the laughs coming. The movie, however, belongs to actress Jane Seymour (yes, Jane Seymour) as Molly’s horned-up boozy mom in one of her best performances, and Donnelly’s naked body, which should get a screen credit of its own. In other words, this feast has something for everybody.

A reader email tipped us off to this French thriller that dives into the seedy world of circuit parties. The film follows Jean (Antoine Herbez), a middle-aged cop mourning the death of his gay son and his son’s boyfriend following a GHB overdose. Not content with the autopsy vagueries, he seeks out Fabien (Clement Naline), another circuit boy who knew the pair in hopes of finding some explanation for the unexplainable. Instead, Jean—who is straight—finds himself fascinated by the circuit world of drugs, dance and wild sex. Tensions grow between Fabien & Jean, which begs the question: is Jean trying to understand his son? Does he find the hedonistic world of gay sex an antidote to his pain? Or is there something more sinister going on? Featuring graphic scenes of nudity, drug use and sex—including orgies—7 Minutes doesn’t hold back on shocking material. The film is utterly compelling right up to it’s non-ending, which doesn’t resolve the plot so much as stop it cold in its tracks. For viewers who can deal with the lack of real resolution, it’s a beguiling and fascinating film.

The Play: The Queer Agenda 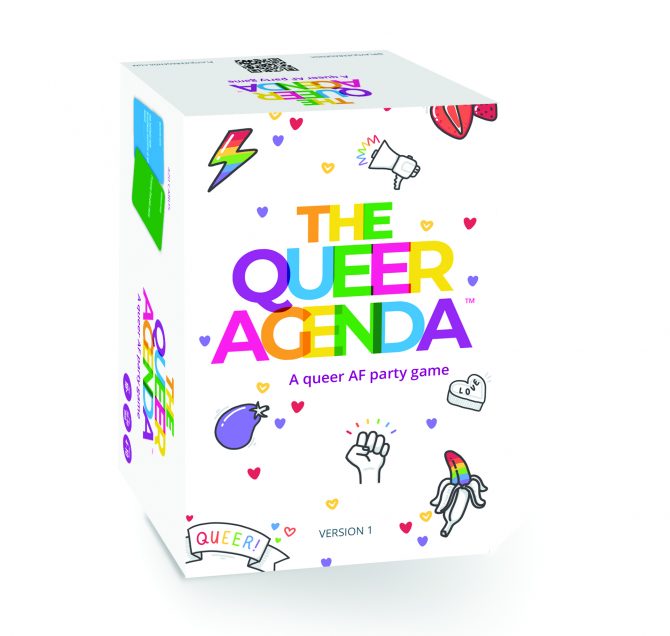 Another reader tipped us off to this new game, a sort of mega-gay version of Cards Against Humanity. The Queer Agenda pits players against one another, trying to come up with the most scandalous answers to ridiculous questions: references to Drag Race, Queer Eye, gay icons and sex abound. The game raises the stakes however by adding in a special “dare” function, forcing players to commit scandalous acts (Example: calling your mother to tell her she made you gay) or lose points. The loser buys pizza for the group. With the weather still warm enough to play outside, and with small groups able to play indoors, we recommend giving it a try with some of your most unapologetically gay friends, and a healthy glass of wine. Or two. Or three.

Oscar-winner Errol Morris returns with his controversial documentary, an extended interview with former Trump campaign strategist Steve Bannon. American Dharma received criticism when it debuted on the festival circuit, alleging that Morris treats Bannon with kid gloves, or that the director should have never made the film about such a hateful figure. Those criticisms will likely continue to follow the film, though viewed in the current climate of Election 2020, American Dharma provides a weird context to Trump’s ongoing love of the Alt-Right, and more importantly, lays bare the self-styled genius Bannon as a total huckster. Morris also deserves more credit for letting Bannon hang himself (politically speaking, anyway) with his incoherent and often self-contradicting defense of his racist, homophobic, and xenophobic policies. Bannon aspires to burn the entire American system down, but, like a mad emperor, can’t see that he’s actually set himself ablaze.

The Legit: Patti LuPone in Concert 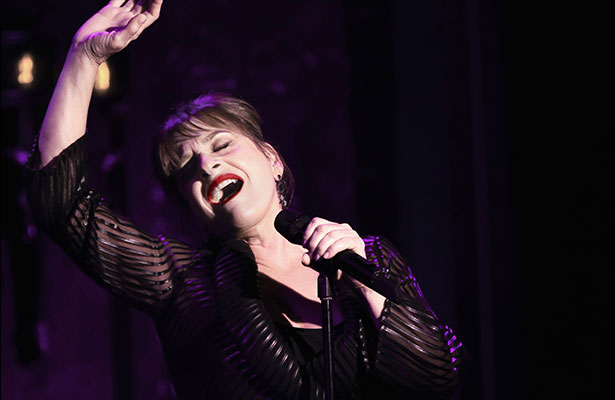 Broadway fans won’t want to miss this live, streaming event out of New York this weekend, featuring one of the Grand Divas of the Great White Way. Count on Ms. LuPone infusing her Broadway songbook with a few pop standards, a few new tracks, and plenty of stories from her career. Her concert actually kicks off a special new series which will also feature Laura Benati and Vanessa Williams later this year. Since nobody will be making it back to Broadway until next year at the earliest, we’ll take what we can get!

Subscriptions available from the Segerstrom Center of the Arts.

The Boulet Brothers—the punk/goth/alt answer to Drag Race—kick off the Halloween season with this themed special which combines elements of a reality competition, a horror film and a documentary. The show also sees former Dragula contestants Loris, Frankie Doom, Kendra Onixx, Victoria Elizabeth Black and Saint return to the show in a bid to land a spot on the show’s upcoming fourth season. Expect plenty of shade, heels, wigs, acrylic nails, blood, gore and crazy from these ladies of the night. Not that we’d have it any other way. 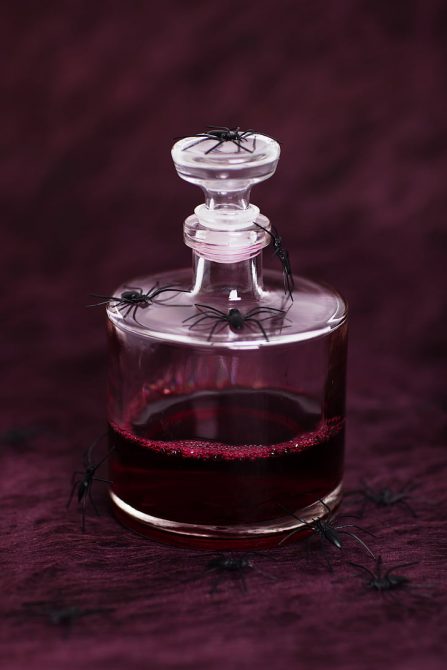 With the Boulet Brothers returning, and with Halloween approaching at high speed, we offer up this bloody delicious martini cocktail. Be warned: it packs a hell of a wallop.

Pour schnapps, vodka, whisky and lemon juice into a pitcher over ice. Stir well. Strain into a glass and top with cherry soda. For an extra kick, serve in a martini glass with a sugar rim.