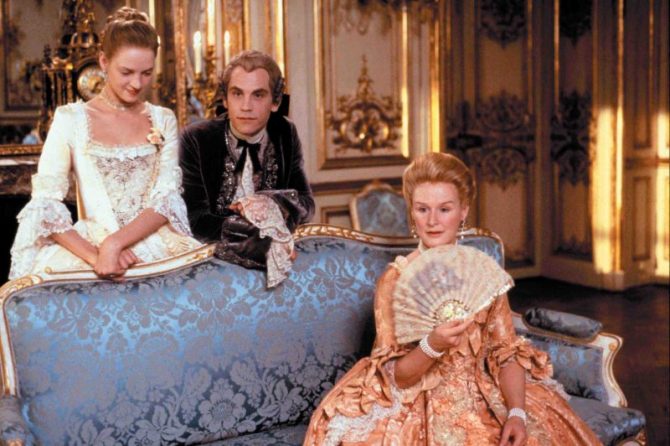 The Oscars finally arrive this Sunday, and thank goodness: this year’s ceremony has had one embarrassment after another, and it hasn’t even started yet.

As we get ready for our big watch party–and to hail and heckle the red carpet fashions, natch–we can’t help but get us thinking about some of the best work of this year’s contenders both this year, and in the past.

So, while you get everything ready for your own Oscar viewing, check out these classics to wet the appetite and fan the excitement.

Seven-time nominee and projected winner Glenn Close (nominated this year for The Wife) doesn’t just give her best performance (which really says something, folks), she gives the best female performance of the 1980s in this costume drama from gay screenwriter Christopher Hampton. Now, don’t get turned off by the period setting and frilly dresses: Dangerous Liaisons is all about sex and scandal. A pair of French nobles (played by Close & John Malkovich) try to outdo each other with bedroom conquests and breaking up happy couples. Close’s character relishes the cruelty and power of it all, and the actress creates one of the evilest—and most pathetic—characters ever to hit the big screen. With a cast that includes Michelle Pfeiffer (also at the top of her form), Keanu Reeves, Uma Thurman and Swoozie Kurtz, Dangerous Liaisons scored seven Oscar nominations. Today it remains one of the great, underrated sexual dramas ever put to film.

Oscar-winner and returning nominee Christian Bale (nominated for Best Actor for Vice) made his breakout into adult roles with this blackest of comedies about a New York investment banker that moonlights as a serial killer. Based on the novel by gay author Bret Easton Ellis, director Mary Harron turns what could have turned into a splatterfest into a scathing indictment of male vanity and 80s materialism, with Bale giving one of his most fearless performances. Fellow hunks Jared Leto, Josh Lucas and Justin Theroux round out the cast of the film which left us pondering an odd question: would these guys be much happier if they just hooked up? Also, who wouldn’t want to watch that movie?

The ICYMI: The Shape of Water

Last year’s Best Picture Oscar winner raised eyebrows for its subject matter: a mute woman (Sally Hawkins) who falls in love with a fish man (Doug Jones). As quirky and odd as the premise suggests, The Shape of Water uses the occasion to examine prejudices and forbidden love. It also helps that the soul of the movie comes in the form of Oscar-nominee Richard Jenkins’ gay advertising artist Giles who becomes an unlikely—and often hilarious—ally in aiding the interspecies lovers in escaping Michael Shannon’s murderous army Colonel.

The Snubbed: The Happy Prince

Rupert Everett directed and stars in this biopic about the final years of gay writer Oscar Wilde, and his tumultuous relationship with longtime boyfriend Lord Alfred Douglas. The film realizes Wilde’s life after serving time in prison for his homosexuality, broke and sick but witty and charming as ever. Everett gives his best performance to date as well, which makes Oscar’s ignoring it all the more frustrating. New to Blu-Ray and streaming, The Happy Prince offers a little-told story in queer history, and a firey performance to bring it to life.

Queer director Bill Condon did the near-impossible when he adapted the beloved Broadway show Dreamgirls into a terrific film. Condon also succeeded in giving Beyonce Knowles her best role, and helped catapult Jennifer Hudson to Oscar-winning glory, not to mention gay icon-hood. More than ten years on, we still get goosebumps listening to Hudson’s seismic rendition “And I’m Telling You I’m Not Going,” which alone earns the price of a rental. With fine performances by Jamie Foxx, Anika Noni Rose and Eddie Murphy, Dreamgirls is just about as perfect as popcorn entertainment gets.

Oscar nominees Ellen Page and Mary J. Blige headline this new Netflix series, possibly the most bizarre show yet produced by the streaming giant. Umbrella Academy plays like X-Men as directed by Lars Von Trier during a manic episode: a group of adoptive siblings with strange powers come together to solve the murder of their cruel father. An added bonus: the adorable Robert Sheehan as the gay, drug-addled brother Klaus with the ability to summon the dead. An acquired taste to be sure, Umbrella Academy has plenty of Kickass-style comic violence and eye candy to hold our attention, and offers a pleasant palate cleanse to anyone else burned out on Marvel Universe-style superhero cartoons.

The Read: A Paper Life 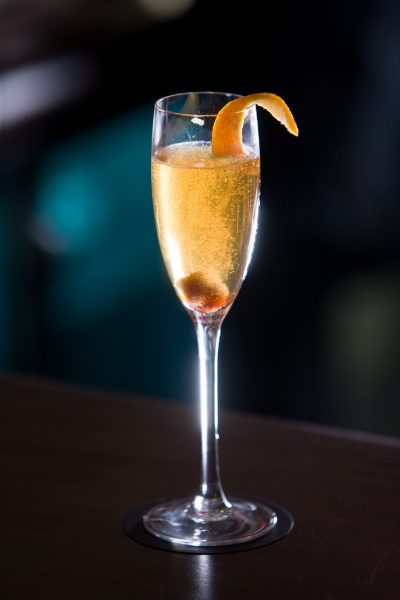 Celebrate Hollywood’s biggest night with a bit o’ bubbly—which only fits with the occasion. They also make a classy accessory for other formal occasions or when you want to catch a few looks at the bar.

Mix one sugar cube with a dash of bitters in a flute glass and fill with champagne. Garnish with a cherry or peel from an orange or lemon. For an extra kick, add a splash of brandy.