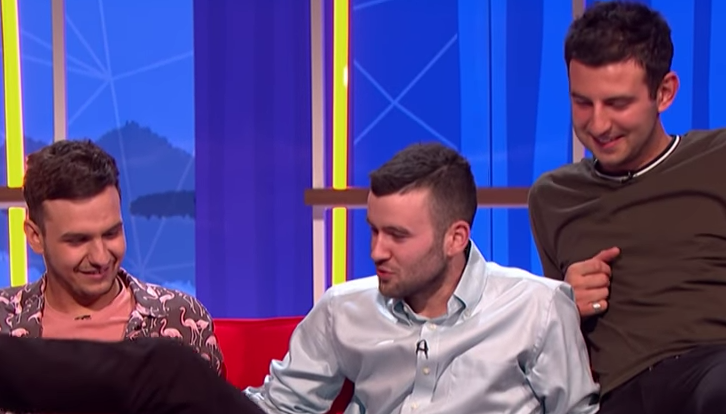 As a general rule, if someone asks whether your brother or your significant other is better looking, you should simply say, “My significant other.” Siblings are built for that level of abuse. Relationships are not.

But that’s not the road this particular contestant on Comedy Central’s Your Face or Mine decided to take. He went the road less traveled; the road in which you say your sibling is better looking than the person you’re dating.

In the game, people are forced to compare their looks with those of other people in an attempt to win cash.

It’s a deceptively simple premise that plays out rather dangerously in the case of 26-year-old Callum, who appears with his 20-year-old boyfriend Ashley.

Related: RuPaul On Doing Things His Way And The Subversive Power Of His New Game Show ‘Gay For Play’

Things get particularly saucy after hosts Jimmy Carr and Katherine Ryan surprise the two of them by bringing on Callum’s brother, Jack.

The moment of truth occurs when Callum is given the chance to double his prize money — but first he must guess whether the studio audience finds his brother or sibling more attractive.

You have no idea, but you’re about to find out. Eep.