The Step Out: Breaking Fast

Outfest Fusion hits this weekend, and features a movie destined to ignite a stir on the festival circuit, and among audiences. Director Mike Mosallam adapts his acclaimed short film into his first feature, a romantic comedy about a gay Muslim. Haaz Sleiman continues his winning streak and gives his most charismatic performance to date as Mo, a doctor who falls for a handsome All-American boy named Kal (Michael Cassidy, of Batman v. Superman) during the month of Ramadan. Breaking Fast confronts the intersectionality of gay Muslim identity with grace, humor and a flirty sexiness. More importantly, the film challenges the notion of Islam as a religion hostile to LGBTQ people. Rarely is a film this charming and provocative at the same time.

Debuts at OutFest Fusion March 8. A festival rollout will follow.

Speaking of movies set to dominate the festival circuit this year, gay horror (and humor) gets a shot of adrenaline with Road Head, the dark comedy from director David Del Rio. Out-gay actor Damien Joseph Quinn stars as Alex, a gay man on a road trip with his best friend and boyfriend. Things go horribly awry when the trio discover dismembered heads in the desert…along with a sword-wielding executioner that serves a bizarre cult. As written by actor turned writer Justin Xavier (best known for starring in the gay comedy Shared Rooms, and showing off the full Monty), Road Head satirizes the toxic hypermasculinity and misogyny of the right-wing with biting humor. It’s a must for horror fans thirsting for something irreverent, queer, or both.

World premiere at Cinequest March 7. Festival roll out to follow.

Jane Austen’s classic novel gets an update. Anya Taylor-Joy gives a star-making performance as the title character, the bourgeois young woman hellbent on matchmaking every young single in town. Johnny Flynn and Bill Nighy also star as Emma’s suitor George Knightly, and her crusty father, respectively. Director Autumn De Wilde finds the right mix of humor and drama amid the costumed pageantry. And with Flynn’s star on the rise—he’s been tapped to play David Bowie in the biopic Stardust—what better way to seem cool than to know his early work?

The Read: The House in the Cerulean Sea

Lambda Literary Award-winning author TJ Klune returns with his latest outing, a thriller about two men in love. The House in the Cerulean Sea follows Linus, a social worker called to a mysterious assignment involving an orphanage for gifted children. There, he falls hard for Arthur, the caretaker of the kids. As the two men grow closer, Linus begins to uncover a dangerous secret surrounding the orphans, one which puts his relationship with Arthur—and their lives—in danger. With hints of X-Men and classic Disney movies to spare, The House in the Cerulean Sea makes for a delightful diversion and a marvelously queer one at that.

On sale wherever books are sold March 17.

Three desperate queer lives collide in this new Dekkoo series. The handsome Billy seems like he has it all: money, sex appeal, and popularity in underground sex clubs, until a rare heart condition rocks his world. Andre lives with his mother…and in the closet to conceal his homosexuality. When Luka loses their job because of their gender-nonconforming looks, they resort to sex work to survive. Told with remarkable tenderness, Stranger Hearts captures just how lonely life can get for LGBTQ people, and the magical feeling of warmth when we find one another.

The Sip: Kick in the Head 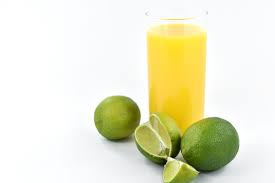 In honor of Road Head‘s rolling noggins, this week we suggest this strong and spicy bourbon-based cocktail. If it doesn’t send your head spinning, nothing will.

Mix juices, rum & bourbon over ice. Stir. Add pepper & ginger ale to taste. Squeeze in a bit of lime juice and garnish with a lime wedge.