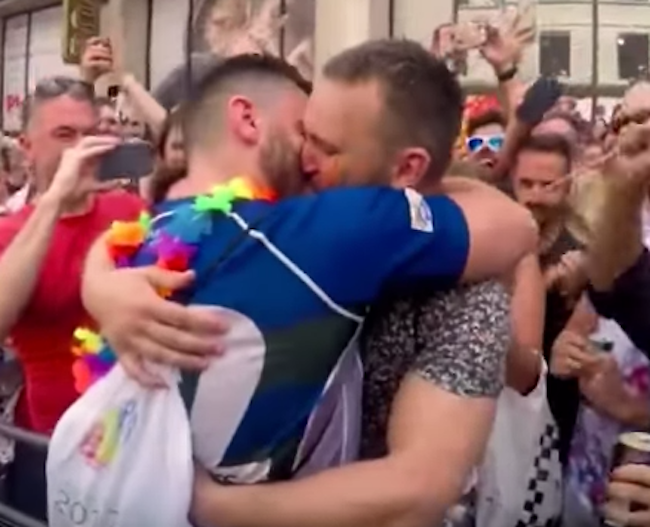 We want to go through our existence with brittle, closed heart; a cyborgian monster, impervious to feelings, including our own.

We want to be cutthroat, remote; the assistant we just fired sobbing at our feet amidst the manila.

We want to be coldness incarnate.

It was all going great, too… until these handsome gay rugby players decided to get hitched at this weekend’s London Pride Parade.

Related: You thought you’d had enough cutesy proposal videos — but this one’s got Mickey ears

Now we’re oohing and awwing along with the other feelers. The ice is thawing. They’ve destroyed our chilly repose, those selfish bastards.

Fernando Ferreira plays with the Kings Cross Steelers RFC, founded in 1995; the first rugby club to be gay-inclusive.

Right as the team came out to perform a line-out, they paused — and Ferreira turned his attention to his boyfriend, watching from the sidelines.

He dropped to one knee and popped the question.

And it goes without saying, but still: the crowd went completely bananas over the whole spectacle.

Frankie Grande proposes to bf in another reality, will likely marry in this one

These gay wedding photos from 1957 are incredible… but who are the grooms?