The Riverdale universe expands yet again, this time into the glory and gayness of New York City. This new spinoff follows the titular would-be fashion designer as she tries to make it big in the Big Apple. Bestie Josie McCoy lends her moral support as she pursues a music career, as does Katy’s roommate Jorge, an aspiring drag queen and Broadway dancer. Jorge’s uber-femininity also becomes a major focus for his season one story. More stylish and adult than its mother series, Katy Keene idealizes New York as a magical wonderworld a-la The Marvelous Mrs. Maisel. Call it a tween Sex and the City, with its own brand of charm.

Premieres February 6 on The CW.

This popular Spanish sitcom lands stateside on Netflix, bringing with it its distinctive blend of teen angst and midlife crisis panic. Mirli follows the down-on-his-luck story of philosophy teacher Mirli Bergeron, a man evicted from his apartment and forced to live with his aging actress mother. When he lands a job at a local high school, Mirli becomes something of a pariah for his unorthodox teaching methods, and an unpaid psychoanalyst to his students. That includes his most outspoken student, his gay dancer son Bruno. Merli plays like a Spanish version of Head of the Class or Dead Poets Society, anchored by a fine performance by Fransec Orella in the lead role. Bruno’s coming out and love life take center stage in the first season. As such, we think the show is worth a look.

Anyone craving a bit more Sabrina or Umbrella Academy, look no further than this new Netflix series about a family of monster hunters. Veteran slayers Fred & Deloris return to Fred’s New England hometown to find it infested with creepers…and a bunch of monsters too. We have a hard time describing October Faction: it qualifies as both a dark comedy and a horror series. Regardless, we have a hard time resisting the show thanks to Fred & Deloris son Geoff (played by Gabriel Darku), a hellraising (in every sense of the term) gay boy more phased by his libido than the monster squad.

The acclaimed indie film arrives on Hulu this week, bringing with it all the big laughs and big questions that helped it enchant audiences at Sundance. The movie follows its title character, a teen who goes to spend the summer with his sister in New York. There he falls for a beautiful young lesbian (played by Julianne Moore doppelganger Bobbi Menuez)…so he poses as a trans man to win her affections. Adam encountered criticism for its premise—largely before release, mind you—as did the novel upon which it’s based. In the hands of director Rhys Ernst, a transgender man, the film treats its subject matter with care and sensitivity. Menuez and lead actor Nicholas Alexander give winning performances, as does Leo Sheng in his acting debut. Love it or hate it, Adam continues the ongoing conversation about transgender visibility, and deserves a look.

The Jam: “Boss Bitch” on the Birds of Prey Soundtrack

With Margot Robbie prepared to return to her signature role of Harley Quinn and Ewan McGregor starring as her gay nemesis Black Mask in the upcoming Birds of Prey movie, we can’t help but recommend this hip-hop ditty that screams out for a drag makeover. Doja Cat channels her inner comic book character—a good look for anyone—opposite the ladies of Birds including Robbie, Ali Wong and Rosie Perez in a surreal, smokey, brightly colored video. Trust us when we say it’s worth watching just for the outrageous costumes and production design…which may or may not have us coming up with a few variations to add to our own wardrobe rotation.

The Sip: The Sweet Nothing Sipper 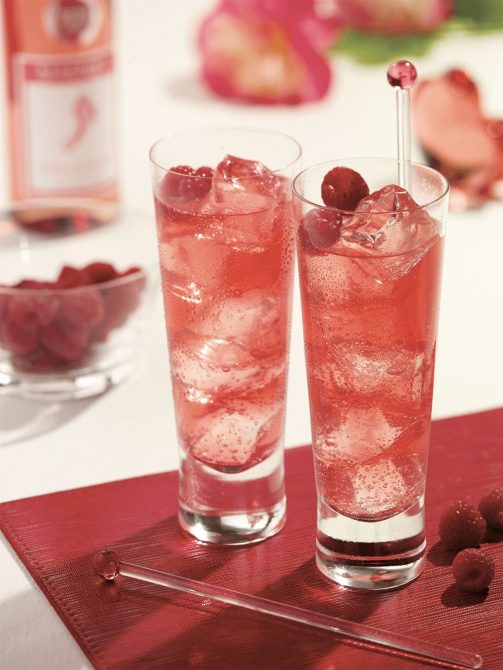 With February looming, we can’t help but think about Valentine’s Day…and how badly we need a drink since we’re spending yet another year single. This week’s solution: a Sweet Nothing Sipper. This fizzy, sweet cocktail will have you ready to whisper sweet nothings to the object of your affection…or at least ready to cope with the sweet nothing in your love life.

Combine amaretto and juice in a cocktail shaker over ice. Shake well. Strain into a tall glass. Top off with Moscato.