The Catch: The Academy Awards

Event television may seem like a thing of the past, but if the Superbowl didn’t already prove it, the Oscars provide ample evidence that people will still gather to watch a show together. This year the show goes on without a host (thanks to last year’s Kevin Hart debacle), so things should clock in at under four hours. Plus, with Rene Zellweger as the Best Actress front runner for her performance in Judy, there is queerness to be enjoyed. Gather the friends, make the guacamole, crack open the bubbly, and if nothing else, prepare to make fun of the Oscar fashion.

The Step-Out: Birds of Prey

Oscar-nominee Margot Robbie returns to her signature role as Harley Quinn in this big-screen adaptation of the popular DC comic. Rosie Perez is also on hand as Detective Renee Montoya, one of DC’s most popular queer characters. For that matter, rumor has it the film’s villain, Black Mask (played by Ewan McGregor) is also hinted to be gay. Queerbaiting or progress? One way to find out…

The Stream: The Category Is…Mexico City

For anyone obsessed with the ballroom scene or suffering from Pose withdrawal, streaming service Revry can sustain you with this new series. The Category Is…Mexico City follows the Central American ballroom scene in, naturally, Mexico City, centering on the “House of Mimis.” Though the show features plenty of fashion, makeup, fabulousness and drama, the real appeal comes from its subtle examination of gender identity in Central American culture as these young performers explore themselves, and decide how best to follow their dreams.

Speaking of Oscar contenders, this week director Taika Wattiti’s irreverent comedy finally lands on streaming services. The movie follows the life of a young boy in the final days of World War II, who tries to navigate the crumbling Nazi society with his imaginary friend: Hitler. Scarlett Johansson nabbed an Oscar nod for her performance as the boy’s mother, and Oscar winner Sam Rockwell is a hoot as an alcoholic Nazi drag queen. Less a war drama than a meditation on hero worship and cult of personality, Jojo Rabbit has some very big laughs, and a tear-inducing twist or two. Who says comedy is dead?

Gay Israeli-American singer Judah Gavra releases his much-delayed single “We’re Beautiful” this week. Gavra took Eurovision by surprise back in 2013, catapulting into the 3rd place spot in the Israeli finals with the song, and picking up an international following on the way. This week sees the full studio recording of the tune finally hit the web, recorded in the original Hebrew. It’s a terrific upbeat pop tune ready-made for dancing, and with a sweet message about self-respect. Don’t fret; the English language version can also be found online as well.

The Sip: The Blood & Sand 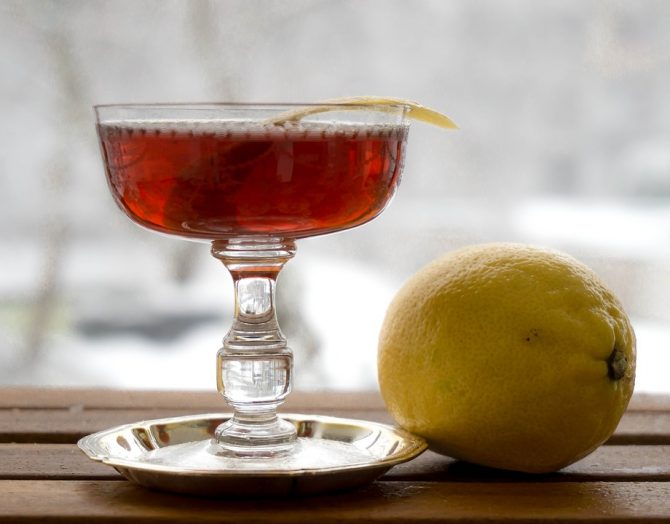 Mix ingredients over ice in a shaker. Shake well & serve. Garnish with an orange peel.