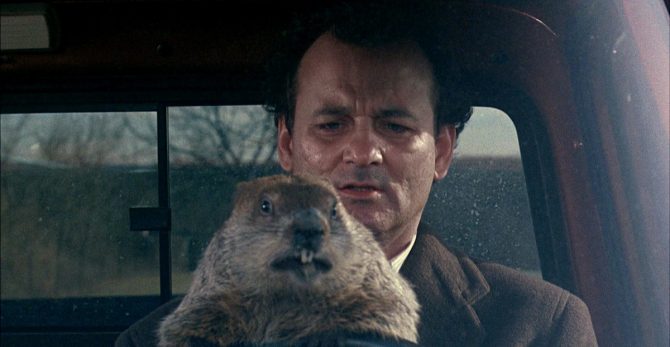 As January ends, the notorious Punxsutawney Phil—the weather-predicting groundhog—will again peer out of his hole to judge the current trainwreck of a world we occupy. The only thing scarier than seeing us: seeing his shadow, which may or may not predict six more weeks of this brutal winter.

In any case, don’t get depressed. We’ve found some fine ways to celebrate the beginning of February and to keep your mind off any other disasters, natural or those created by the White House, making headlines this week.

Writer/director Dan Gilroy of Nightcrawler fame returns to the macabre with this Netflix thriller, which just debuted at the Sundance Film Festival, where yours truly spent the week viewing new films and talking to all the talent I could run down. (Stay tuned for that.) The film, about a haunted art exhibit, also reteams him with heartthrob Jake Gyllenhaal and real-life wife Rene Russo. John Malkovich and Toni Collette round out the cast. In all honesty, the real draw is Gyllenhaal’s scantily-clad sex scenes. That he also happens to play a gay man seals the deal for us and of course, bringing back memories of another sex scene with a certain blond cowboy.

Ok, so this timeless comedy doesn’t exactly have much in the way of queer content, but at least it’s timely. That said, it does have some real LOL moments, courtesy of stars Bill Murray and Andie McDowell. Murray plays a weatherman caught in a time loop, destined to repeat the same Groundhog’s Day over and over until he finally becomes a better person. The schmaltz aside, our favorite scenes involve Murray’s character repeating suicide over and over to try and end his misery.

The Icon Worship Double Feature: Elaine Stritch At Liberty/Shoot Me

Broadway legend Elaine Stritch (may she rest in peace) had a February 2 birthday, and in honor of the late, great legend of all things cantankerous and brash, we recommend a double feature. Begin with Stritch’s one-woman show At Liberty in which she recounts anecdotes from her career (including falling in love with the oh-so-gay Rock Hudson) and her battle with alcoholism. It manages to amuse and cut deep. From there, move on to Shoot Me, the documentary following Stritch during her 86th year as she continues to perform despite failing health. This community knows a thing or two about the value of resilience, though anyone could take a lesson or two from Stritch.

Transgender director Kim Reed opened our eyes to the extreme danger of anonymous funding in American politics, and the detrimental effect it has on everything from environmental regulation to elections of dimwit reality stars to high office. Reed manages to connect the dots between far-right donors like the Koch Brothers and the rightward shift of the GOP. She also uncovers evidence that Russian oligarchs may be the power behind the NRA.

Streams for free on PBS.org.

Fox’s live production of Rent was Sunday. But try this live production featuring out-gay stars Garrett Clayton and Harvey Firestein (who repeats his stage role). Based on the film from gay director John Waters, Hairspray musicalizes the desegregation movement in 60s Baltimore. Original stage Tracy Turnblad and equality lion Marissa Jarret Winokur turns up for a cameo, and given that her birthday is February 2 as well, we can’t stop the beat!

Speaking of February 2 birthdays, before the days of Perez Hilton and TMZ, syndicated New York columnist Liz Smith ruled the celebrity news racket, mostly from the closet. She also did so with a lot more class. Her 2000 autobiography Natural Blonde spills all the best anecdotes from her long career in journalism, and also confirms that she had a number of significant romantic relationships with women. 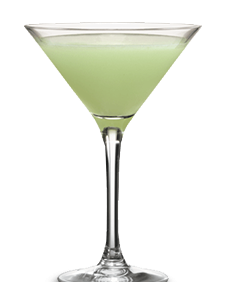 In honor of Elaine Stritch who belted out tunes about boozing (and enjoyed a cocktail or five herself), this week we recommend an old-time classic for sippage during screenage: the vodka stinger. Essentially a minty vodka martini, the cocktail manages to freshen the breath while relaxing just about everything else

Mix vodka and creme de menthe at a 2-to-1 ratio. Shake with ice. Serve straight up in a martini glass.