The Awaited: The Capote Tapes

At long last, director Ebs Burnough’s debut film about the lost, final work of Truman Capote arrives in theatres. The Capote Tapes retraces the legend of Answered Prayers, the final magnum opus of the iconic gay author. Capote told friends and associates that he’d worked on the book for years—a roman a clef chronicle of New York’s high society. Upon Capote’s death, however, the manuscript vanished, leaving friends and family to wonder who might have taken it…or if it ever existed at all. Through a mix of Capote’s own audio recordings, archival interviews, and conversations with friends and family, the mystery of Capote’s self-proclaimed masterpiece tantalizes, overshadowed by the author’s own feelings of self-loathing and shame as a gay man. Could Answered Prayers have outshined even the craft and intrigue of In Cold Blood? The mystery of Capote’s final novel leads to even greater enigmas about the man himself in this intriguing and entertaining film.

The Timely: Come From Away

AppleTV+ follows in the vein of Disney+ with this filmed version of the Tony Award-winning musical. Come From Away recounts the true events of the 9/11 attacks, as witnessed by other air travelers trying to enter the United States. With American airspace shut down, 38 planes diverted to the small town of Gander, Newfoundland, overwhelming the residents and creating a humanitarian crisis all its own.

Come From Away uses a minimalist set and tasks its performers with playing multiple characters (including a vacationing gay couple) throughout a variety of vignettes—the story here isn’t really told through traditional scenes. Rather, Come From Away borrows from musicals like Company: the show doesn’t have a plot so much as a mixture of character beats. Here, that doesn’t just work—it has a powerful effect. The story of Come From Away plays as a hopeful beacon amid the darkness of the attacks, suggesting that for all our differences and divisions, maybe—just maybe—deep down, people really are good at heart. 20 years after the events of that week, that message still shines.

The woes of a teenage doctor get the reboot treatment in this new Disney+ show that reconceives Doogie Howser as Doogie Kameloha, a 16-year-old Hawaiian girl trying to survive her medical practice…and growing up. The plucky Peyton Elizabeth Lee steps into the title role, and much as Neil Patrick Harris navigated the original, Lee walks the very narrow line between teen naivete and adult confidence. It helps that she has a strong supporting cast as well, beginning with Kathleen Rose Perkins and Jason Scott Lee as her parents, as well as Jeffrey Bowyer-Chapman as Charles, a gay doctor that takes a protective liking to Doogie. Fans of the original show (which is acknowledged as a fictional, in-universe series) will find a lot to enjoy here thanks to the appealing cast, beautiful Hawaiian vistas and the iconic, synthesized theme song, now augmented with the sound of a ukulele. This new Doogie may have traded the original’s computer journal for a TikTok account, but that doesn’t make the show any less fun.

This new reality series follows two queer mentors, Richie Shazam and Lucas Silveira, as the pair travel around the country offering counsel and guidance to other transgender and non-binary young people. Each episode features Richie and Lucas offering a bit of context and education to their younger wards, exploring the history of trans and non-binary identity…and offering a bit of a makeover to each individual as well. It’s an inspiring tribute to people exploring the spectrum of gender, and finding inner happiness.

The Powerhouse: Frontline – America After 9/11

This new PBS documentary does something extraordinary: it answers the question of how America became so polarized. America After 9/11 posits the shocking hypothesis that the road the country began in the wake of the 9/11 attacks actually ends on January 6, 2021, with the Capitol Insurrection. How, you wonder?

In broad terms, it breaks down like this: the terrorist attacks of that fateful day created a climate of panic and fear among the American public. They also rattled George W. Bush to his core—a man woefully unprepared for his predicament. Bush’s “good vs. evil/us vs. them” mentality also overhauled American consciousness, and with right-wing nincompoops screaming that all terrorists are Muslims (spoiler alert: they’re not), Bush planted the seeds of division and newfound racism. (Though the film doesn’t make a dramatic point about it, Bush also utilized so-called “wedge issues” to win reelection in 2004, in particular calling for a constitutional amendment to ban marriage equality. That only deepened these newfound divisions.)

By the time Barack Obama—a man with a Muslim father—arrived on the scene in 2008, Republican anti-Muslim sentiment had transmuted into suspicion of African-Americans as secret Muslim agents. Couple that with increased police militarization in the name of stopping terrorism, and the United States had created an explosive mixture of paranoia, rage, “othering,” and disastrous foreign wars. Donald Trump managed to exploit that division and fear in 2016 by equating ISIS with #BlackLivesMatter and the “Radical Left,” using the military against peaceful protesters and encouraging insurrection on January 6.

That path starting to look familiar yet? America After 9/11 doesn’t pull punches and manages to stay focused on how the War on Terror reshaped American life rather than international politics. As the nation pauses to reflect on the two decades after the attack, here is a film that gives viewers plenty to ponder.

The Sip: The Screwdriver 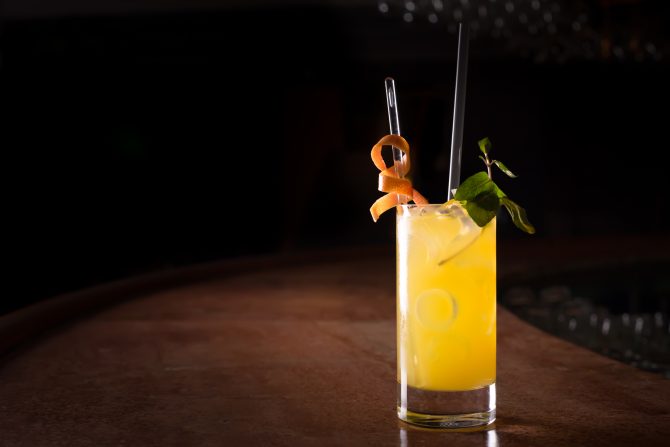 Yes, it’s basic, but it also happens to be Truman Capote’s favorite cocktail. As such, pour one and sip as you watch this week’s selections…or ponder their deeper truths.

Pour vodka in a highball glass over ice. Add orange juice to taste.