Divine’s role as a cray cray mass murderer who meets a violent end is at the heart of John Waters’ early camp classic Multiple Maniacs, which a whole new generation can enjoy in restored glory thanks to Criterion Collection. That is just one highlight of this edition of What To Watch, our biweekly guide of theatrical and home entertainment releases.

Now for the trailers and details!

A Woman, A Part

Feeling typecast and trapped in a popular network show, rebounding from a bout of illness, 40-something L.A. actress Anna Baskin (Maggie Siff of “Mad Men”) has a sort of meltdown and returns east to New York, where she tries to reconnect with ex-members of an experimental theater troupe she was once part of. Those include the openly queer Kate (Cara Seymour, so excellent as the nun who give abortions on Cinemax’s “The Knick”), with whom she shared some romance, and Isaac (Fast And Furious franchise’s John Ortiz). Complicating matters? Kate and Isaac are in the process of mounting a show that seems to be about a thinly veiled version of Anna… A healthy dose of complex, female-driven indie cinema, written and directed by first time feature filmmaker/visual artist Elisabeth Subrin.

John Waters’ 1970 feature is deliciously trashy, campy, shocking and filled with his beloved Dreamland ensemble of actors, and has received a 4K restoration for this Criterion Collection release. The late great Divine plays the sociopath (of course) owner of a freakshow of sorts, whose audiences are treated to robbery at gunpoint during the climax of their experience. Annnnddd that’s just the set-up. It gets crazier, with lesbians, rosaries stuck where the sun don’t shine, murder conspiracies, and a blaze of gunfire. Extras include a new commentary from Waters (always worth the price of admission alone), new interviews with cast and crew, and a video essay. A must!!

Writer/director Mike Mills’ semi-autobiographical dramedy, for which he received a Best Original Screenplay Academy Award nomination, is a moving, beautifully acted tribute to his mother (his previous film, 2010’s Beginners, addressed his father’s coming out of the closet late in life). Mills’ alter-ego, teenaged Jamie, is being raised by chain smoking single mother Dorothea (Annette Bening) in the boarding house she runs, whose residents Jamie gets close to. Teenage rebellion, relationships and music all play a big part, while Dorothea strains to stay connected to her son. Mills makes such smart decisions here and hits nerves, from his use of music to the way his characters narrate the film with knowledge of their respective futures. Extras include two featurettes and a commentary.

Mike Pence should probably be forced to sit through this effective, emotional drama about “ex-gay” conversion therapy. Directed by Kerstin Karlhuber from Jack Bryan’s script, Fair Haven stars Michael Grant as 19-year-old pianist James, who returns from a stint at a Christian “reparative therapy” clinic to his rural farm home and family. Tortured by his father (Tom Wopat), who prevents his son from attending music school in evil big city Boston so he can go to community college and be groomed as a farmer, James struggles to keep his sexuality under wraps while avoiding a former boyfriend, Charlie. Can James reconcile his identity at the same time as his family? Extras include interviews and behind the scenes.

This delightful six-episode Canadian webseries – partially funded via a Telus phone carrier Storyhive Project grant – stars its creator, Todd Kipp, as Benjamin Aubergine, who makes a living as “Hug-O-Gram” delivery man. Alas, he soon finds that bringing hugs and happiness to lonely people can prove a little less savory and sane than anticipated: in fact, it brings him in contact with bona fide cray cray folks… and potentially, a new nemesis. Clocking in at just under 50 minutes, this is fun, queer stuff indeed, and we certainly wouldn’t refuse a body grab from Kipp (who looks like the love child of Liev Schreiber and Hugh Jackman).

This Argentinean import from director Lucas Santa Ana – original title Como Una Novia Sin Sexo, a bit of a spoiler if you read/speak Spanish – sees a quartet of young friends, three male and one female, on a camping trip together. Once arrived, the female, Juli, realizes she may not only be a third wheel for this cock party, but could also be bringing something more than platonic to these boys’ connections the surface…

When a gay 16-year-old, Rocco, comes out to his family as a result of a bullying incident, it sets forth a chain of coming of age epiphanies and experiences, plus a heaping dose of rebellion! Can his open minded parents cope with this hormonal tornado? And will Rocco succeed in fulfilling his two big dreams – having sex and seeing his fave pop star in concert?

The Most Hated Woman In America

Director Tommy O’Haver, of 1998 LGBT romcom classic Billy’s Hollywood Screen Kiss and 2001’s Get Over It, brings us this gripping Netflix original picture. A true crime tale based on the 1995 disappearance of feminist and Athiesm activist Madalyn Murray O’Hair (played here by Melissa Leo), it charts her founding of “American Athiests” and fight for religious freedom – and right to not have a religion – which saw O’Hair labeled “the most hated women in America.” Considering politics as they are right now, this is a timely one. Having made its world premiere at SXSW this month, Netflix makes it available to subscribers worldwide on March 24th. 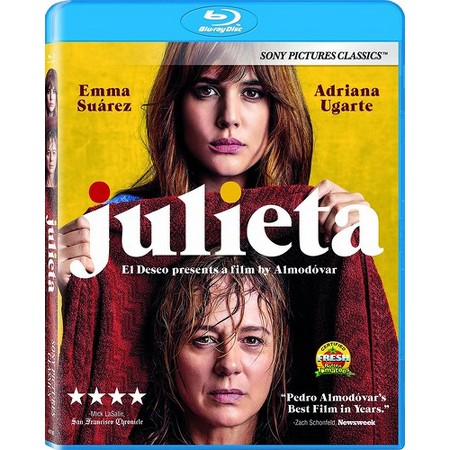 Fantastic Beasts & Where To Find Them