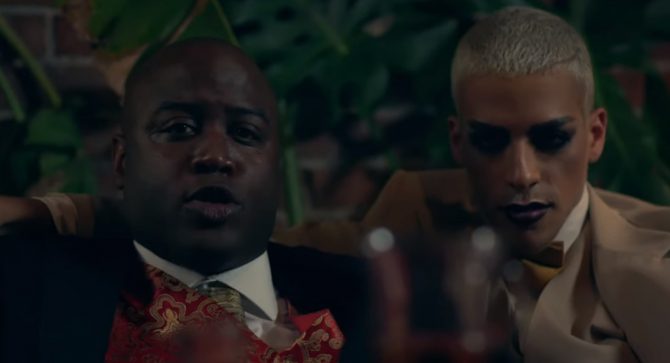 As directed by real-life husbands Deondray Gossfield and Quincy LeNear Gossfield, Congo Cabaret revives the long-silenced Harlem underground, a place where LGBTQ figures such as Langston Hughes or Mabel Hampton could go for a drink…or a bit of flirtation with someone beautiful. The short depicts the queer Harlem underground as a place of sustained glances, speaking in thinly veiled code, and where genderqueer people could do more than just join in the conversation…they could be sexy.

Like so much African American and queer history, the establishments like the Congo Cabaret have long since faded into obscurity, courtesy of erasure by mainstream society. Lucky for us, the Gossfields have recreated the Congo for our enjoyment, with the help of some very recognizable actors including Kevin Daniels of Modern Family, Alexandra Grey of Empire and Daryl Stephens of Noah’s Arc. The great Billy Porter also lends his vocals to narration duties.

Congo Cabaret originally played the festival circuit, including a spot at Outfest. Now, it’s available for all to see. Pour a drink, turn on some jazz, and have a look.