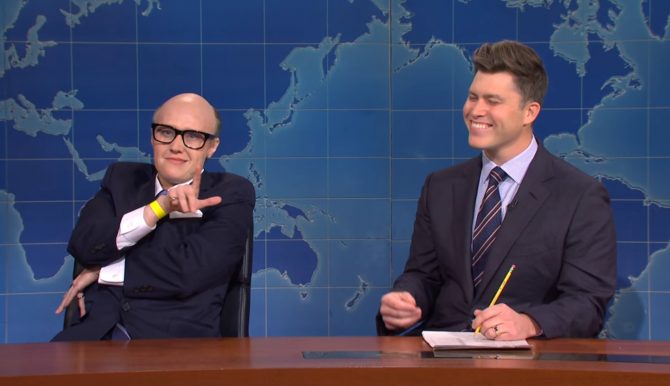 Saturday Night Live delivered a scathing critique of the incompetence of Rudy Giuliani and the Trump Campaign Saturday evening.

McKinnon impersonated Giuliani on the Weekend Update portion of the show, grunting and contorting her hands.

“Did you see my press conference today?” McKinnon’s Giuliani asked Weekend Update host Colin Jost. “It was at the Four Seasons. Fancy.”

“Yeah, it sounds fancy but it was at a landscaping company called Four Seasons. Was that a mistake?” Jost inquired.

No!” McKinnon’s Giuliani barked. “Anyway, I’m glad I made it to this show on time because first I went to 30 Rocks. That’s a granite quarry in New Rochelle.”

Both McKinnon and Jost struggled to maintain composure during the skit, perhaps because both sensed nobody could invent anything funnier than the actual presser itself.

Have a look and see what we mean.