Lesbian director Phyllida Lloyd, the force behind the big screen hits Mamma Mia and The Iron Lady, returns for her third cinematic outing this week. Herself premiered at Sundance last year where it won rave reviews and promptly got gobbled up by Amazon for distribution. The film tells the story of Sandra (Claire Dunne, who also penned the script), a mother of two young girls trapped in an abusive marriage. When she finally gets up the courage to leave her husband, she finds social services in Ireland lacking: they can’t get her a place to live. Rather than go back to her husband, she opts to build a house of her own…herself, and with the help of a few friends. What follows is an inspiring story of self-determination, love and friendship. Herself marks Lloyd’s best film to date, one which doesn’t rely on saccharine cutes or one-dimensional characters. Indeed, the film’s observations about the complicated emotions in abusive relationships elevate it into a higher pantheon. Likewise, Dunne, as Sandra, gives a terrific performance which had us choking up in the best possible way. Warm but not trite, uplifting but not easy, we recommend the film for anyone in need of a bit of good feelings.

The Giggles: Call Me Kat

Actress Mayim Bialik, best known for her roles on The Big Bang Theory and in the title role on Blossom, returns to television this week in this new sitcom. Bialik plays Kat, a lover of cats who opens her own pet cafe, and who seems to know she’s a character in a sitcom. We’re guessing the fact that she stars opposite Leslie Jordan and Cheyenne Jackson—not to mention, the laugh track—might have clued her in. We’ve seen the first few episodes of the show, and while it seems like a series still trying to find its footing, we enjoyed its quirky laughs. Bialik channels her inner Bette Midler in the lead (no surprise, given that she played a young Midler in Beaches), while Jackson goes into full-on hunk mode as her love interest. Jordan has the most fun off all though, giving a riff on his southern queen Instagram persona. That alone would warrant a look in our book. How fortunate, then, that the show also scores some very big laughs, albeit in a traditional slapstick sitcom mode.

The Tribute: You I Like – A Musical Celebration of Jerry Herman

Fans of Broadway, take heed: a moment of tribute for a giant of musical theatre arrives this week. You I Like pays tribute to the late composer Jerry Herman, the musical mind behind Broadway standards such as La Cage Aux Folles, Mame, Hello Dolly and the telefilm Mrs. Santa Claus, using the merging the music from his shows into a new musical revue. Grand diva Bernadette Peters and actor David Hyde Pierce will make special appearances for the online premiere this week, while the show itself will feature performances by Ashley Blanchet (Broadway: Frozen), Nicholas Christopher (Broadway: Hamilton), Lesli Margherita (Broadway: Matilda The Musical), Andrea Ross (‘Maria’ in The Sound of Music National Tour) and Ryan Vona (Broadway: Once). Even better, for anyone who can’t make the livestream, the revue will be available to stream through February 11. It’s a fine way to enjoy Broadway during the ongoing pandemic, and a terrific opportunity to celebrate the passing of a queer legend.

Streams live January 10. Available to view on demand through February 11.

As the internet continues to rake reckless queers who hauled off to mass gatherings and circuit parties over the holidays (looking at you, Aaron Schock), the comedy troupe the Homo Sapien Experience as weighed in with this new sketch featuring performers Matthew Curiano and Brandon Contreras. The video follows a gay man eager to attend a circuit party in the tropics, only to have his conscious and sex drive battle it out for control of the situation. Empathetic to partygoers without making excuses for reckless super spreading, the sketch also plays like a primal cry of agony resulting from too much social isolation. For us, it struck a chord and generated a few very big laughs. We trust it will do the same for you, dear reader.

The Nibbles: The Influencers

A reader tipped us off to this new digital series, which debuted on Amazon this week. The Influencers lampoons (and lambasts) the culture of Instagram “celebrity” by taking a fictional group of influencers and tossing them in a house together a-la Big Brother. The resultant mockumenatry generates some very big laughs as it sends up the vanity and self-obsession of lifestyle “experts,” doppelganger boyfriends, fitness posers and CEOs who still live in Mom’s basement. Savage, timely and hilarious, it also strikes a chord at a time when certain influencers flaunt their own disregard for COVID-19 safety on the web.

The Sip: The Mamma Mia 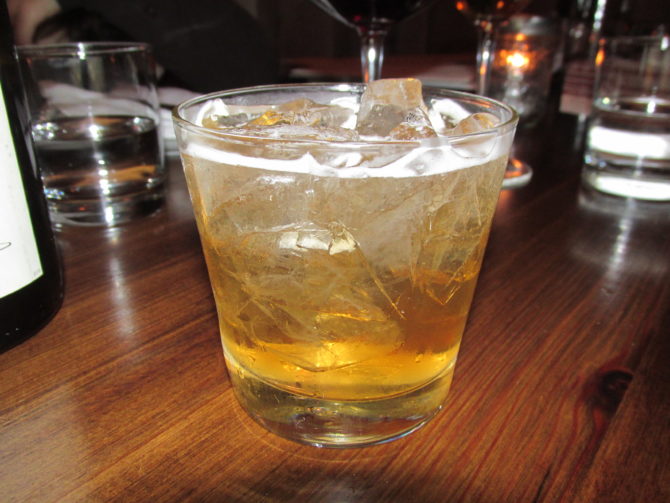 With Phyllida Lloyd set to top the success of Mamma Mia this week–and for some, acquit herself; that movie is a love it or hate it affair–we offer up this sweet and strong cocktail that should get everyone singing along to a little ABBA. Easy to make and quite potent, it will make fine sipping while enjoying the inspiring drama of Herself or the schadenfreude of Gay Recklessness.

Mix in a cocktail shaker over ice. Shake well, strain, and serve. Optional: use cherries as a garnish.

Subscribe to Queerty for a daily dose of #entertainment #callmekat #gayrecklessness:puertovallartaedition stories and more