The Stream: Julie & The Phantoms

Uber gay Kenny Ortega—best known for directing Hocus Pocus, High School Musical and This Is It—unveils this new Netflix series this week. Julie & The Phantoms follows the titular teen (Madison Reyes) suddenly haunted by 90s band that was killed the night of a pivotal concert. The group develops an unlikely friendship that spans the living-dead divide, and Julie begins a new band with some guidance from her phantasmic friends. We don’t want to spoil too much here, other than to add that yes, there is a major queer character involved. The show also features actor Cheyenne Jackson in a recurring role as a nefarious ghost from classic Hollywood.

The Hidden Treasure: Best Worst Thing That Ever Could Have Happened

We stumbled on this gem of a documentary during a late-night Netflix binge. And how lucky we got! Best Worst Thing That Ever Could Have Happened recalls the story of the ill-fated Stephen Sondheim musical Merrily We Roll Along from 1981. Hyped as the next mega-hit, the show featured a nearly all-teen cast, and became the subject of a documentary. Then the unthinkable happened: the show bombed, closing after only 16 performances. Years later OG cast member Lonny Price rediscovered the lost documentary footage and directed this new doc which features new interviews with the original cast, Sondheim, and stage director Harold Prince discussing the effect of the show on their careers. It’s a must for fans of Sondheim and Broadway, or anyone fascinated by the fickle nature of showbiz.

Frameline44 returns for an encore performance this week, releasing a full lineup of films to stream from home, save one. The new drag comedy Sh*t & Champagne plays in a special drive-in performance at the Solano Drive-In in Concord, CA on September 17. The comedy riffs on 1970s sexploitation films, following the misadventures of Champagne Horowitz Jones Dickerson White (played by drag queen Darcy Drollinger) as she eludes a gang of killers run by another drag queen. Expect no shortage of camp, high heels and ridiculousness.

The Spin: Reba’s Rumor Has It 30th Anniversary

Country fans, no doubt, remember the moment singer Reba McEntire became an LGBTQ icon. Now, Reba wants you to join her in celebration. This week sees the rerelease of her seminal album Rumor Has It for its 30th Anniversary. Loaded with tracks including “You Lie”, “Fallin’ Out Of Love” and her mega-hit, “Fancy.” The album should remind fans and nonfans alike of McEntire’s importance as a performer, and should renew appreciation for the woman that started bringing drag queens along to perform with her on stadium tours.

The Timely: The Q Agenda Season 3

The Croon: Cameron Hawthorn’s “To Break Hers”

Speaking of country music, gay heartthrob Cameron Hawthorn drops a new video this week for his latest single, “To Break Hers.” “To Break Hers” recalls the story of Hawthorn as a closeted teen with a high school girlfriend, and his knowing that he would one day break her heart. No doubt many readers of this article can identify with the sentiment, and the frustration and guilt that come along with it. Furthermore, “To Break Hers” continues to establish Hawthorn as a rising musical star—and one unafraid to bring diversity to the uber-straight country scene.

The Sip: The Reba Rose 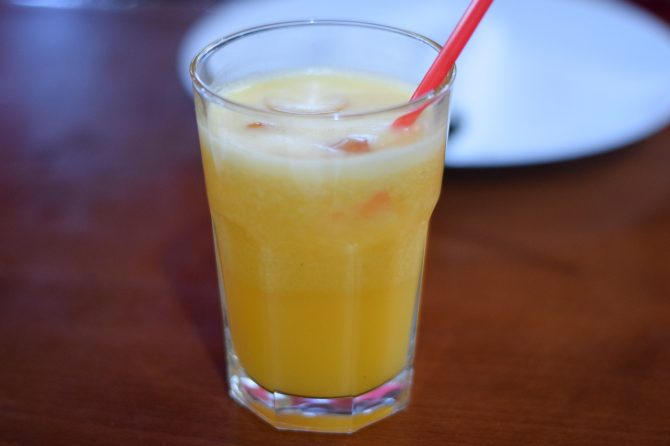 In honor of Ms. McEntire’s three decades of stardom, why not celebrate with this bright, sweet cocktail so named for the singer?

Mix ingredients in a cocktail shaker. Shake well and serve.