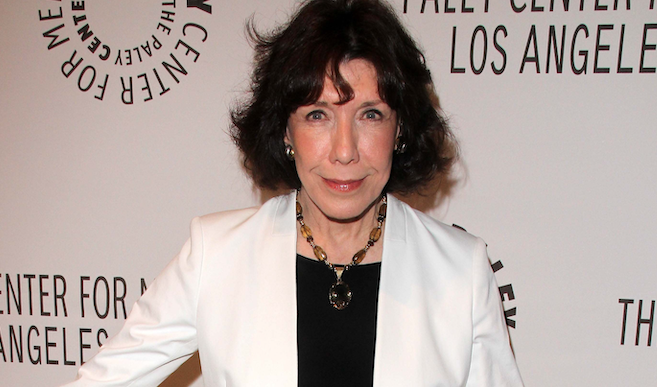 Lily Tomlin’s career is abundant with highlights, but here’s an item from the footnotes of Hollywood you probably don’t know as well as 9 to 5 or Grace and Frankie.

The year was 1972 and Tomlin, about a year into her relationship with the great Jane Wagner but over two decades away from coming out publicly as gay, made an appearance on The Dick Cavett Show. This was before late night shows had their famous guests play pin the tail on the donkey or do go kart races — they actually used to sit and chat at length if you can believe it.

During the episode she had a less-than-favorable moment with the show’s second guest, Chad Everett (star of the then-hit show Medical Center TV).

About half way into his appearance, Everett, who was already letting his male chauvinist flag fly uncomfortably high, made some jokes about his wife that caused Tomlin to make her immediate exit.

The moment grew quite awkward, though watching it now only makes us bigger fans of Tomlin’s than we even thought possible.