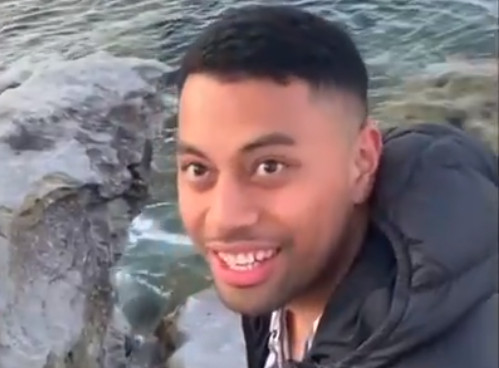 Naisa Lasalosi, a noted musician who also appeared on the Australian version of The X Factor, now has another claim to fame. Lasalosi’s boyfriend filmed himself proposing to Naisa and the clip went viral.

It helps, of course, that Lasalosi’s boyfriend, Adam Price, concocted one of the craziest romantic proposals ever. Camera in hand, he led Naisa to a small cove within some rocks at Sydney’s Rocky Point. There, Adam had already prepared the cove with rose petals, candles and some wine & nibbles. An awe-struck Naisa made himself comfortable on a blanket Adam had laid out, and after a few minutes, Adam popped the big question.

Naisa, of course, said yes. How could he not in such an elaborate set-up? He tweeted as much along with a video clip of the whole affair, which has since become a viral sensation. At the time of this writing, the tweet already has over 51,000 likes.

We congratulate the pair on their newest life milestone, and on their newfound internet fame. Now where can we find a guy willing to do that for us?