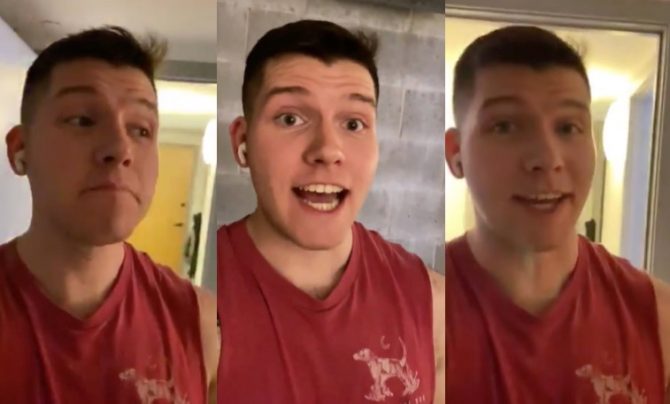 You can’t judge a man until you’ve walked a mile in his jockstrap. One guy has gone viral after doing just that, in a manner of speaking.

Andy is a marketing consultant from Philadelphia and self-described top who woke up on a recent business trip feeling… different.

“So I made a bold and daring move, and after eating an omelette with a lot of cheese for brunch, decided that I wanted to bottom.”

As he goes on to explain, he went to great lengths to prepare for the encounter.

And wouldn’t you know it, the guy bailed last-minute.

Andy’s story clearly struck a chord — his video has nearly 30K likes and over 5K reshares:

I tried to bottom today. This is my story. pic.twitter.com/em64tA8uzG

Has this happened to you?