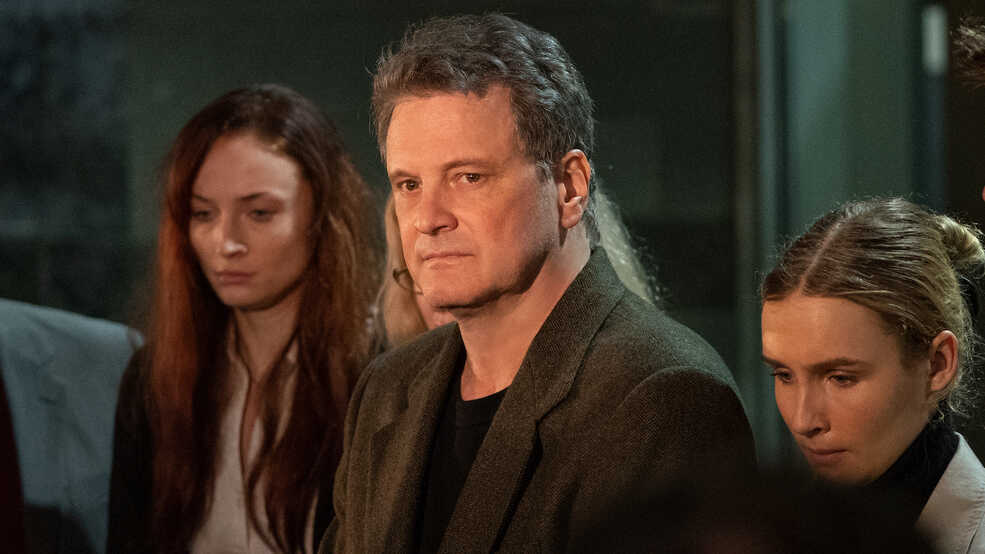 The Step Out: Dr. Strange and the Multiverse of Madness

The Marvel juggernaut continues with this Sam Raimi-directed entry in the sorcerer series. Multiverse of Madness acts, as MCU movies tend to do, as a sequel to just about everything that has come before it, including the title character’s most recent outing. In this case, the that is something of a misnomer: Multiverse concerns itself far more with Elizabeth Olsen’s Scarlet Witch than Dr. Strange (Benedict Cumberbatch) himself.

A few months after the events of Spider-Man: No Way Home, Dr. Strange laments the loss of his beloved Christine Palmer (Rachel McAdams), who has tired of Strange’s arrogance and decided to marry someone else. The good doctor also has a growing fascination with the Multiverse: an infinite web of universes where anything and everything is possible. The arrival of a young, queer woman named America Chavez (Xochitl Gomez) with the ability to traverse the Multiverse further piques his interest. It also attracts a wrathful Scarlet Witch, who schemes to use Chavez to find a universe where her imaginary children are real.

Fans of Sam Raimi should rejoice: this is just about the most Raimi-esqe movie he’s ever made. Early action scenes hearken back to his days as director of the first Spider-Man movies, while others recall his horror-comedy Evil Dead movies. The audience we watched the film with didn’t seem to understand that: a scene of a zombified character giving an inspirational speech while missing half his face and sporting a speech impediment played to a silent house. We had to stifle giggles; it’s supposed to be funny, folks. Olsen gives an intense, commanding performance here, while Cumberbatch himself seems subdued. Some cameos by several of Marvel’s biggest characters—hereto unseen in the MCU—will have audiences cheering, and would warrant the price of admission on their own.

Multiverse of Madness offers a good old-fashioned popcorn-munching time at the movies. Though it fails as a Dr. Strange film (he doesn’t grow or change in any appreciable way), it does make for a very entertaining Scarlet Witch story. Seeing a lesbian hero in the film—a daughter of lesbian parents no less—also made us smile.

The Stream: The Staircase – The Series

The epic docuseries that exposed how homophobia railroaded a bisexual man gets the scripted treatment, and unlike many of the documentary-to-scripted shows that have deluged audiences in recent months, this one earns an identity of its own.

In 2001, North Carolina-based author Michael Peterson discovered his wife, Nortel exec Kathleen Peterson covered in blood and horribly mutilated at the bottom of a staircase in their home. Michael claimed she died in a freak accident through causes unknown. A police investigation happened to discover that Michael also had affairs with other men. He claimed Kathleen knew and approved, though police arrested him for murder, suspecting that he killed her to conceal his homosexuality. Amid the media circus, filmmaker Jean-Xavier de Lestrade contacted Peterson and was allowed to film a documentary that subsequently became The Staircase.

This new HBO series dramatizes the events surrounding Kathleen Peterson’s (Toni Collette) mysterious death, Michael’s (Colin Firth) trial, and the creation of the documentary. Far from a by-the-numbers retelling that feels like a bad Unsolved Mysteries reenactment, this new Staircase toys with a number of theories surrounding Michael and Kathleen, explores the moral issues faced by Lestrade (Vincent Vermignon) in making the documentary, and raises questions about how the filming of said series might have impacted Michael’s trials. Writer/director Antonio Campos, who helmed the first five episodes of the show, occasionally tips his hand as to his opinion of Michael’s involvement, but on the whole, maintains an even keel when it comes to presenting multiple theories to build intrigue.

Firth, Collette, and Michael Stuhlbarg (as Michael’s lawyer, David Rudolph) all give their usual master-class level performances here. Firth, in particular, doesn’t shy away from Peterson’s arrogance or questionable credibility: we always want to believe him, even when it seems like he’s making that difficult on purpose. Parker Posey also has a standout turn as prosecutor Freda Black, who gets fleshed out more here than she did in the documentary. Posey’s unique acting style has always made her a natural for comedies. Here, that uniqueness reads as disturbed: she’s funny, but not humorous. Her performance also provides one of the linchpins to this story: Black seems to have an underlying homophobic attitude that fuels her drive toward destroying Michael, regardless of evidence.

For a queer viewership, The Staircase will play as an ominous reminder of how institutional homophobia has encouraged police and prosecutors to target LGBTQ people, particularly queer men. There’s no doubt this series centers on a crime, but who is the real victim? Was a woman murdered in cold blood? Or was a bisexual man with a difficult personality the target of a homophobic witch hunt?

Debuts on HBO Max May 5.

Broadway fans should rejoice at this new HBO documentary about the original production and impact of Spring Awakening. The film follows original stage stars Jonathan Groff and Lea Michelle as they prepare for a special, one-night-only reunion concert of the show. Both also share extensive memories of the original production, and how it impacted their lives.

And, of course, there’s the music—the pop tunes penned by 90s singer Duncan Sheik. We would call him a one-hit-wonder (seriously, YouTube him), though we think his subsequent success with Awakening absolves him of that dubious title. Much as we observed with our review of Hadestown last week, in a Broadway environment that, by 2006, was already dominated by movie-to-stage tourist musicals, Spring Awakening represented that ever-more-rare daring of trying something new in musical theatre. Those You’ve Known pays tribute to that courage, and celebrates the songs and performers that the original show helped popularize. Call it fan service of the highest sort: homage to both the original show, and the audience that fell in love with it.

The Event: Netflix is a Joke – Stand Out 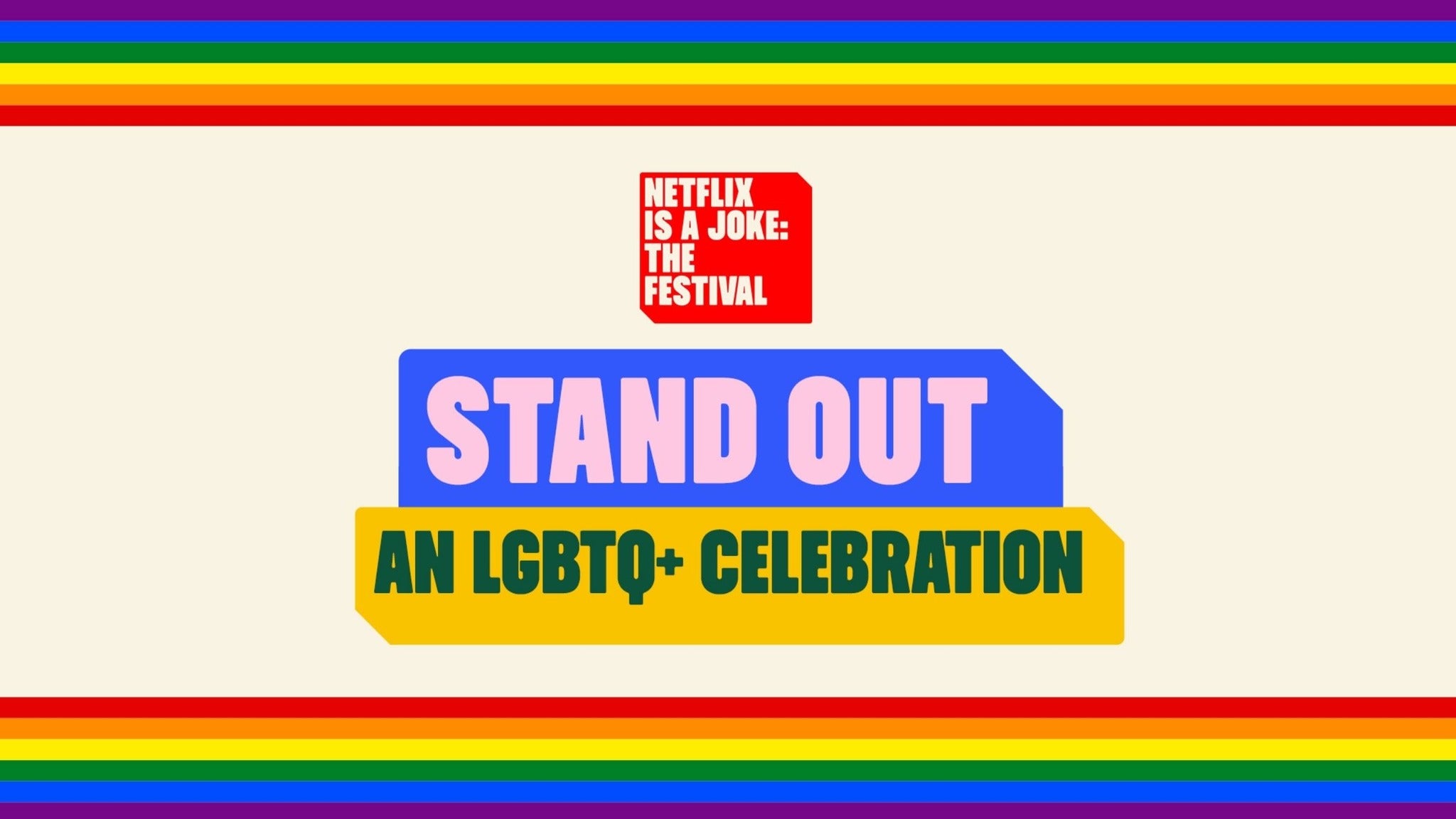 Netflix continues its series of live comedy performances (see also: Dave Chappelle’s recent altercation), and this week features one sure to interest you, dear reader: Stand Out, an evening with some of the world’s top LGBTQ comics. Billy Eichner hosts an all-star, all-queer lineup that includes Joel Kim Booster, Eddie Izzard, Bob the Drag Queen, Tig Notaro, Margaret Cho, Trixie Mattel, and Wanda Sykes, among many others at Hollywood’s historic Greek Theatre. It’s a comedy special for the ages, if ever there was one. Fans outside the Los Angeles area also shouldn’t fret: Netflix is predictably recording the event for streaming at a later date. For those close to LA, get in line to be the first to laugh.

May 7 at the Greek Theatre in Los Angeles.

Queer songstress Tanzer returns this week with her latest single, the electro-rumba tune “Destination Love.” The song recalls both the pop-disco sound of Deee-Lite with harmonies that channel the New Wave sounds of Devo. The accompanying video also veers hard into Deee-Lite drag-o-riffic territory as well, as Tanzer dressed as a glammed-out sailor, a pirate captain, and—we think—a banana. Give it a watch, and prepare to groove.

In honor of Multiverse of Madness and its titular hero, we recommend this week’s libation, a tribute to the Sorcerer Supreme. Sweet, strong, and beautiful to look it, it seems aptly named.

Combine coconut rum, melon liquor, triple sec, and pineapple juice in a cocktail shaker over ice. Shake well. On a plate, pour black sanding sugar. Rub simple sugar on the rim of a cocktail glass, and dip in sugar. Pour shaker mix into glass and serve.

Subscribe to Queerty for a daily dose of #entertainment #cultureclub #dr.strangeandthemultiverseofmadness stories and more