Welcome to the first edition of Screening Room, a regular feature highlighting for your viewing pleasure the best of queer streaming, theater, and even literary entertainment.

With Hollywood atwitter over awards season—and in case you’re still scratching your head over a few of last week’s Golden Globe wins—we’ve decided to expand your repertoire. While January is a slow month for new releases, there are plenty of fine, queer relevant leftover from last year still in the theaters along with the usual offerings from the streaming services.

Have a look-see at these fine bits of entertainment destined to help you survive these long winter nights.

The Step Out: The Favourite

Just who is Olivia Colman, and why did she refer to Rachel Weisz and Emma Stone as her “bitches?” Start by checking out The Favourite, one of our pics for the Best Films of 2018. Bitchy, salacious and darkly campy, the movie tells the true story of gay monarch Queen Anne of Britain, and a lesbian love triangle that grew up around her. Catch it while it’s still on the big screen.

Learn how a free-love sex cult from India set up shop in Oregon, earned the ire of the residents there, and kicked off a series of scandals that included poisoning, wiretapping, attempted murder, and bombings. The scary part: It’s all true. The Netflix documentary series runs six hours and, believe it or not, will leave you wanting even more. This is one binge worth having.

Speaking of bitchiness and scandal, the comedy classic Auntie Mame just turned 60. Based on the novel by queer author Patrick Dennis, the film tells the author’s fictionalized upbringing with his eccentric aunt. Still endlessly hilarious all these years later, the movie also features Rosalind Russell in her best role.

We’re bummed we didn’t get a new Star Wars movie this Christmas (and the less said about Solo, the better). With that in mind, check out this memoir, Wishful Drinking (yes, its a book), which features Princess Leia passed out drunk on the cover. The late Carrie Fisher tells all about her famous parents, her career and her struggle with bipolar disorder with laugh-out-loud honesty.

This steamy horror short from director Brandon Zuck features two fine gentlemen on a road trip together…to make a drug deal in the Florida Keys. Needless to say, things don’t go well for the couple. Far more disturbing: Zuck claims he based the film on an incident from his actual dating life.

A high-school soccer star rocks a small town by coming out as trans. Family tumult follows as Charlie tries to plot out her future. Set in the UK, Just Charlie plays less as a polemic on transgender rights than a quiet character study of a teen trying to be herself–“Charlie just being Charlie”–making the story all the more moving.

The Sip: The Sidecar 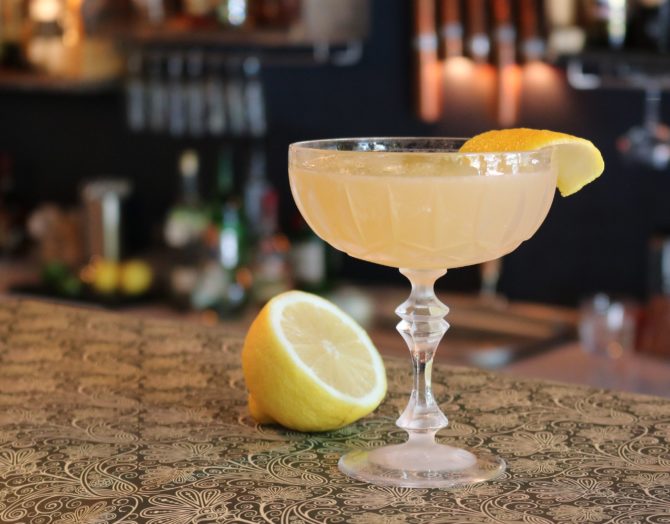 And finally, in honor of drinking and Auntie Mame try sipping on this classic 1920s cocktail. Essentially an orange flavored martini made with brandy, sip on one while watching any of our suggested films, or while reading Fisher’s memoir. Wait until you get to the story about when a gay man died in bed with her, you’ll need a drink. Or does that just happen to everyone?