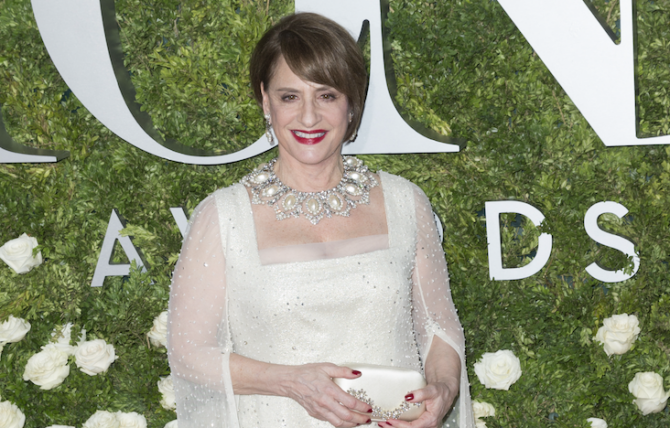 Today’s public service announcement comes from Broadway diva Patti LuPone, who was filmed giving an audience member a dressing-down over their mask wearing.

The moment was captured by another theatergoer and posted to Twitter, where it quickly went viral.

During a talkback panel following a performance of LuPone’s hit musical Company, the star noticed the audience member improperly masked.

“Put your mask over your nose, that’s why you’re in the theater,” said LuPone, who battled Covid-19 earlier this year.

She continued: “That is the rule. If you don’t want to follow the rule, get the f–k out!”

As the audience cheered in approval, LuPone added: “Who do you think you are? That you do not respect the people that are sitting around you!”

The maskless woman in the crowd was not swayed. “I pay your salary!” she yelled back.

This isn’t the first time LuPone has lashed out at a disrespectful audience member from the stage. In 2015, she approached a texting theatergoer during a performance of the play Shows for Days and grabbed their cellphone.

“We work hard on stage to create a world that is being totally destroyed by a few rude, self-absorbed and inconsiderate audience members who are controlled by their phones,” she told Playbill afterwards.

During a performance of Gypsy in 2009, LuPone berated an audience member for taking a photo of the show. We can only imagine what she’d say to the person who leaked those nudes of Jesse Williams earlier this week.

Here’s how her masking exchange played out on Twitter:

Good morning to Patti LuPone, who said what every service employee has wanted to say for the last 2 years.

Fun fact: an obscure NYC law states that Patti LuPone is allowed to kill one person a year with her bare hands.

My favorite bit from this new Patti LuPone “who do you think you are” saga is when the woman getting yelled at feebly answers “I’m your patron” like it’s 19th century Paris and she’s a marquess deigning to take in some theater, lmao go back to Ohio

Between the Jesse Williams thing and the Patti LuPone thing, Broadway audiences are off the fucking rails this week.

If Patti LuPone told me to "get the fuck out" I would exit whatever establishment we are in, walk to the nearest river, jump in, and never be seen again.