The Must: Visible-Out on TV

Out-gay director Ryan White (The Case Against 8, The Keepers, Ask Dr. Ruth) returns with his most ambitious—and impressive—project to date. Following in the tradition of The Celluloid Closet, this new five hour limited series for Apple+ chronicles the history of queer representation on the small screen, from the inception of TV all the way to the present. Featuring candid interviews from pioneers like Ellen DeGeneres, Oprah Winfrey and Norman Lear, actors like Neil Patrick Harris, Raven Symone, and Billy Porter and producers like Max Muchnick, Greg Berlanti and Janet Mock, the series plays not only as a historical crash course, but as a veritable whos-who in LGBTQ TV. By turns devastating, dumbfounding and uplifting, it’s a magnificent achievement, and should be required viewing for anyone in the community. Wilson Cruz & Wanda Sykes–both of whom share emotional stories in the series–also produce.

The Step Out: And Then We Danced

We caught this film as part of our Sundance 2020 coverage. We’d known about it for some time, courtesy of the violent protests it inspired in the nation of Georgia, where the film is set. And Then We Danced centers on Merab, a traditional Georgian dancer who has a sexual awakening when he meets Irakli, another male dancer. With his passions aflame, Merab risks his dancing career to follow his heart. In the traditionalist/homophobic Georgia, protesters actually assaulted government officials over the film, while director Levan Akin continues to receive death threats. Though tame by our standards, it represents a watershed moment for the queer movement in Eastern Europe. More importantly, it’s a moving film that demands to be seen.

This Guatemalan film won praise on the international film festival circuit, and just landed in the US. The story concerns the title character, a 20-something living in extreme poverty with his incestuous, ultra-religious mother and working as a restaurant car hop. On the side, he finds time to meet boys on dating apps. His life changes when he falls hard for Luis, a handsome and tender man who wants Jose to run away with him. Directed with style and a certain voyeurism by Chinese director Li Cheng (who proves that anyone can tell any story, if he does his homework), Jose has no shortage of frank nudity and quiet drama. At times, it really feels like watching a documentary more than a scripted film, which only adds to its impact.

Facebook Watch, the new streaming service for original content on—you guessed it—Facebook drops this potboiler crime thriller this week. Oscar-nominee Juliette Lewis stars as an internet sleuth on the trail of a cold-case serial killer. As she uncovers more clues, she ties the case to Elsie (Jordan Alexander), a young woman with a mysterious past. Though not quite as captivating as last year’s Limetown, The Singing Bones still has enough intrigue to hold an audience, and features appealing performances by Alexander & Lewis.

The Shocker: MasterClass with RuPaul 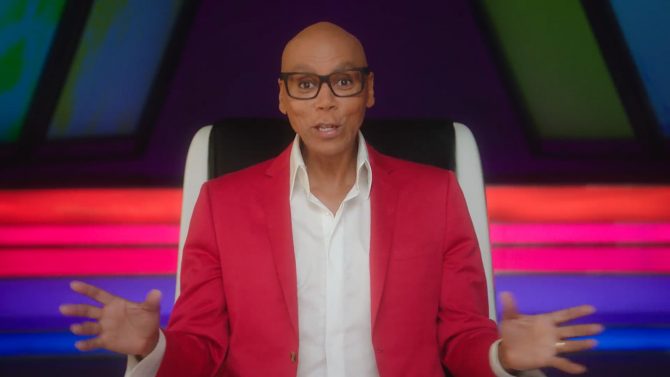 Not content to have millions of dollars, multiple reality shows, Emmy Awards, host SNL and a hit series with AJ and the Queen, RuPaul has his eyes set on yet another conquest: academia. The MasterClass series offers lecture classes taught by some of the most successful figures in media, including the likes of Neil Gaiman, Anna Wintour, Bob Iger, Aaron Sorkin, Shonda Rhimes and Danny Elfman, who offer up their instruction and advice to young professionals. RuPaul joins those ranks of experts this week, with his own master class in self-expression, and living an authentic life. It’s a must for anyone who loves RuPaul or for anyone in need a bit of motivational inspiration.

The aerial ballet that is Cirque du Soleil lands in Southern California this week, with a special Pride Night February 13, the proceeds of which go to benefit the LA LGBT Center. This production, Volta, features an urban theme inspired by street sports overseen by openly gay artistic director Ron Kellum. Along with a stirring original score and the jaw-dropping acrobatics Cirque is known for, the show makes for a unique experience, perfect for a Valentine’s Day date, or just for a night of culture…and men in tights doing some very homoerotic poses.

Plays at Dodger Stadium through March 8 before transferring to the OC Fair March 18-April 19. 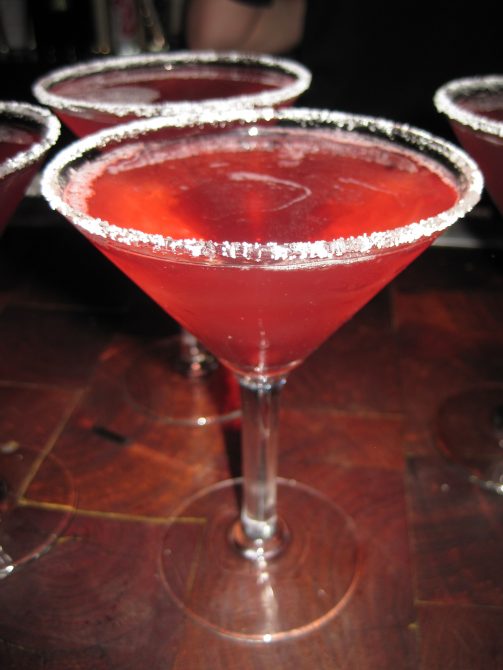 In honor of Valentine’s Day, we suggest a libation designed to awaken the passions. This fruity vodka martini is perfect for company…or to numb the sting of spending Single’s Awareness Day alone on the couch.

Mix ingredients in a cocktail shaker over ice. Shake well and serve. May be garnished with a cherry or served with sugar on the rim.