Here’s this week’s Culture Club list, suitable for a little screening & chill for date night, even if your date happens to be take-out food rather than Chris Hemsworth. A good appetite always needs taming one way or another.

The Step Out: Gloria Bell

Oscar-winning ally Sebastian Lelio’s (A Fantastic Woman) first American film opens wide in theatres this week, bringing with it one of the best female characters in recent memory. It helps that Oscar-winner Julianne Moore steps into the title role of this romantic comedy about a divorced 50-something woman Gloria’s divorce and affair with another recently-single man (played by John Turturro) feels just like a coming out story of sorts. Gloria’s love of 70s and 80s dance music, which dominates the soundtrack, also fuels the queer interest and charm of the movie.

The Binge: The OA Season 2

Out-gay creator/director Zal Batmanlij returns to helm Season 2 of the Netflix sci-fi mystery. This season he enlists the help of Looking director Andrew Haigh, which could be why the new episodes dive even deeper into the show’s many queer characters. The transgender teen Buck (played by real-life trans actor Ian Alexander) gets a pivotal role this season, as does the coming out of the character French (played by sexy Brandon Perea). Though we’ve seen this new season and can attest that it’s much stronger (and more addicting) than the first, Netflix has us sworn to secrecy over the various plot twists. Suffice it to say Season 2 has them in spades and affirm The OA’s place as the weirdest show on TV.

Fans of auto racing let out a collective gasp when endurance racing legend Hurley Haywood came out of the closet and announced he would marry his longtime boyfriend Steve Hill. Now, the notoriously-private Haywood opens up about life on the speedway and in the closet in the new documentary Hurley. Produced by Haywood’s racing protegee Patrick Dempsey (yes, Dr. McDreamy himself), the film traces Haywood’s rise to legendary status and his reasons for finally coming out at almost age 70. Added bonus: Haywood could have been a movie star at even in his 70s, still manages to charm us.

Streams on all major platforms March 26.

The Quickie: Class A

Substance abuse still casts a creepy pall over the community. Writer/director Cameron Moir meets the subject head-on in his new short film Class A, a drama about three different queer addicts. The twist: Moir places their drugs of choice as actual characters, which makes the relationship between addict and drug all the more frightening. Moir’s visual style recalls the saturated colors of Dario Argento, while his writing lays bare the insecurities of his characters—insecurities which so many of us easily relate.

Missing Glee? Have you worn out your DVD of Fame? Try this soapy web series, produced by Channing Tatum and out-gay director Adam Shenkman (of Hairspray). A spin-off of the popular film series, High Water follows the lives of the students of High Water, an Atlanta performing arts school. Loaded with plenty of outrageous, impressive dance numbers and 90210-level soapy antics, Step Up: High Water will rope in lovers of dance and the performing arts as well as anyone who loves a bit of scandal.

The Read: Tales of the City

We can’t wait for the revival of the classic series about life in San Francisco from Armistead Maupin. Revisiting the original novels seems fitting. They are seminal queer narratives for so many of us, what with a loving depiction of young San Franciscans learning how to find their community during the 1970s. Even better, Maupin’s earliest entries in the series read a bit like short story collections, with each chapter a different vignette. Regardless of the Netflix revival, anyone with an interest in gay history should experience some Tales.

The Sip: The Flaming Hurley 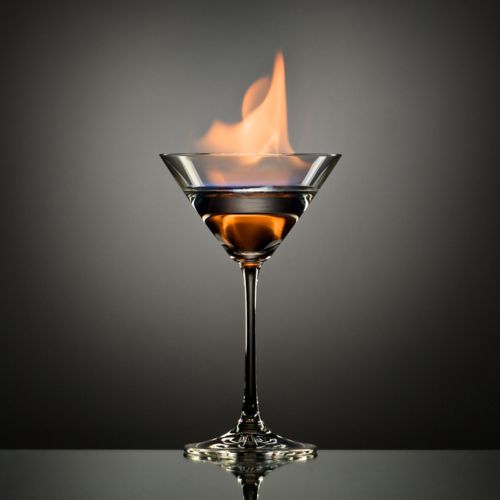 Apropos of nothing, we happened upon this obscure cocktail recipe around the same time we welcomed our gay brother Hurley Haywood to the land of the out & proud. Given the ease of mixing up a Flaming Hurley, we can’t help but find it perfect for sipping while checking out his biopic, watching Julianne Moore in love, or trying to solve the mysteries of The OA.

Pour Southern Comfort in a glass. Add Dr. Pepper to taste. Lighting on fire is strictly optional, just don’t forget to blow it out before drinking.