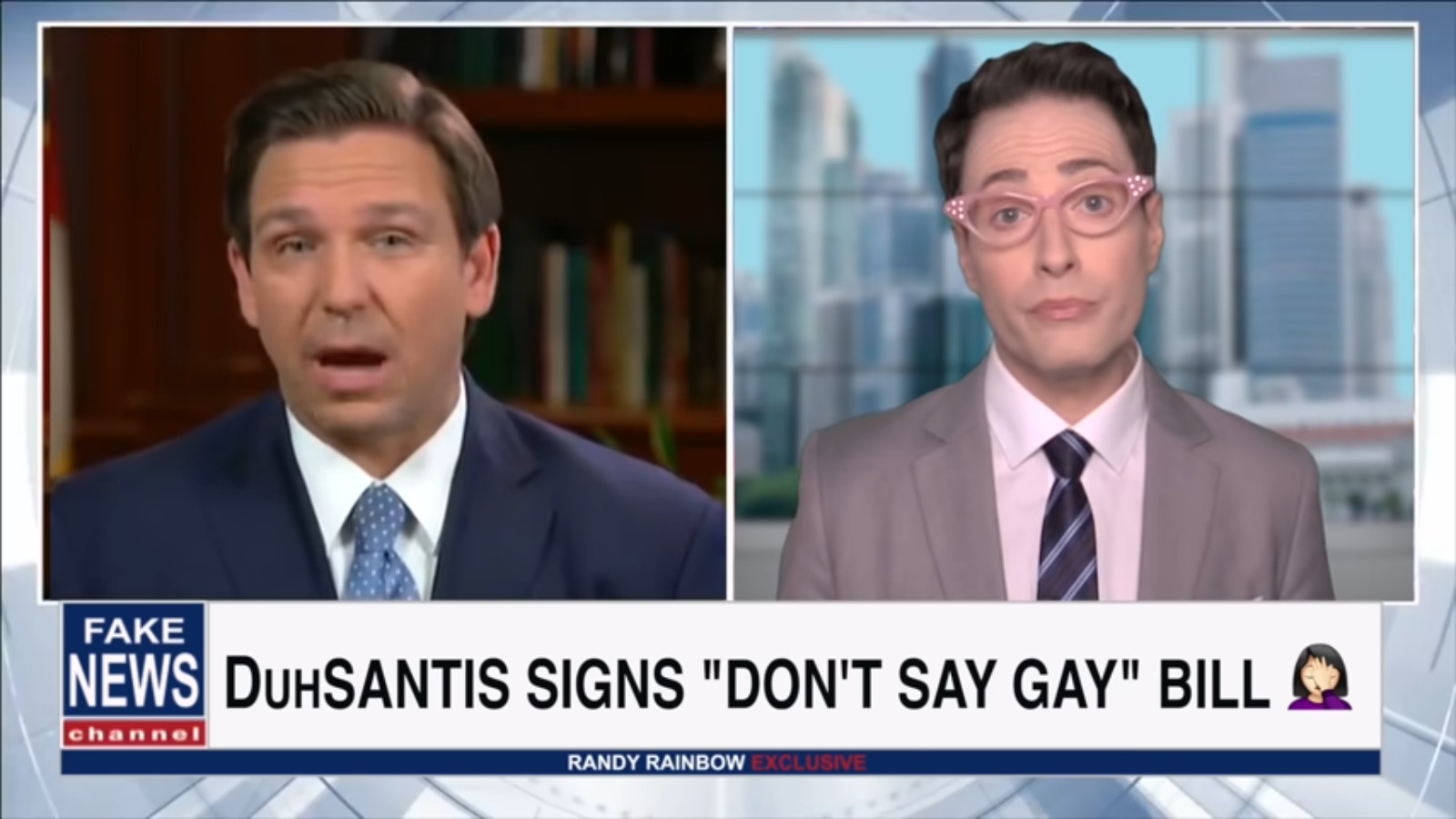 Randy Rainbow has waded into the battle over Florida’s newly-signed “Don’t Say Gay” law. In his latest video, he blasts Florida Gov. Ron DeSantis, calling him a “slimy self-interested douchebag.” He also claims DeSantis buys all his suits “off the clearance rack of Burlington coat factory.”

As we say at Queerty: them’s fighting words!

“How would you feel if we signed a bill prohibiting everyone from talking about slimy self-interested douchebag politicians with no sex appeal who buy all their suits off the clearance rack of Burlington coat factory?” Rainbow asks.

DeSantis, appearing via stock footage, answers “We at the state can stop that.”

From there, Rainbow launches into “Gay!” a parody version of the song “Shy!” from Once Upon a Mattress. The alternate lyrics mock defenders of the “Don’t Say Gay” policy that claims it protects children from “grooming” to be gay or transgender later in life. He further asserts (and we concur) that he’s “always been gay” and tells Gov. DeSantis he can “go f*ck himself.”

We agree on that last part,  too.

Have a look and a laugh. Moments of levity like this help in a world hellbent on blocking LGBTQ kids from being themselves. Slay on, Randy.

Related: Randy Rainbow bids farewell to President Trump with one of his best videos