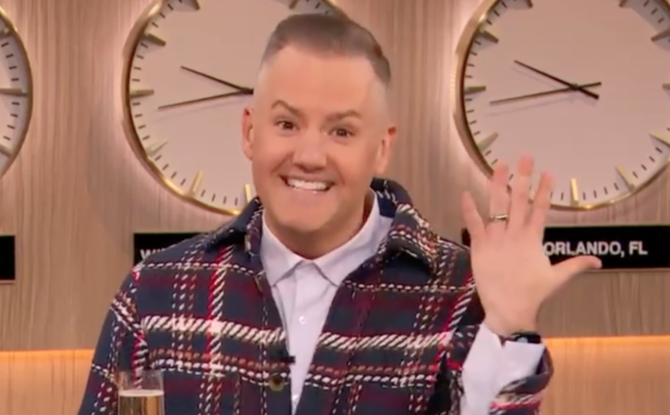 On Tuesday, the RuPaul’s Drag Race judge made the surprise announcement that he recently got engaged to his boyfriend, Dr. Wellinthon García.

He posted the news on his social media accounts, and shared his excitement during a sweet segment on The Drew Barrymore Show.

“I’m going to tell you something that nobody knows,” he said. “All right, about a year ago I met somebody who just changed my life totally, and his name is Dr. Wellinthon García and he is an educator and he’s hilarious and he’s the smartest person I ever met.”

“And, you know, Beyoncé says, ‘If you like it then you should have put a ring on it.’ Well, I did, okay,” he continued.

“I can’t even believe it, but yes, I am the happiest man,” Mathews added.

Several Drag Race queens including Shangela, The Vixen, Jujubee and Nina West commented to congratulate Mathews on his announcement.

Fellow Drag Race judge Todrick Hall also chimed in to wish Mathews well, as did Snooki, for what it’s worth.