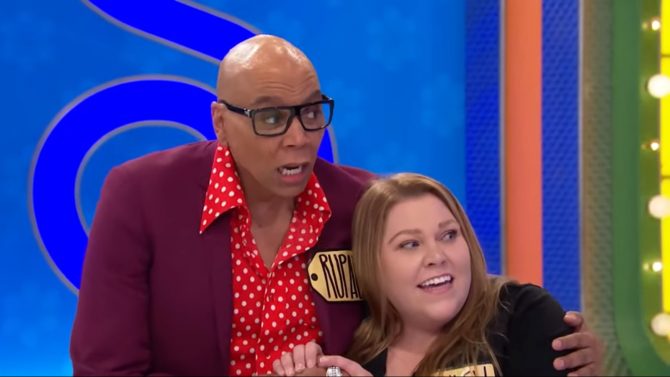 RuPaul, the queen of drag, has added yet another title to his ever-growing resume which already includes actor, singer, recording artist, reality host, fashionista and model: game show contestant. This past Monday, May 11, RuPaul hosted a special charity version of The Price is Right.

Host Drew Carey welcomed RuPaul, along with his pet contestant Ashley, to the show, where Ashley competed in a pricing game for a car. Ru, however, had more altruistic motives.

“I am playing for Planned Parenthood which provides vital, and often free services for men and women,” RuPaul explained. Planned Parenthood has come under fire from the right for its promotion of family planning, safe sex, and STD testing.

Ru and Ashley played the pricing game “One Away,” during which the pair had to determine the correct price of a Nissan 370-Z. Ru spent a good portion of the game clutching at Ashley with anxiety. At one point, the pair even fell to their knees with anticipation. Ashley ended up winning the car, and RuPaul ended up winning some money for charity.

Ru later returned to the show to compete in more pricing games with other contestants. In all, he raised $97,266 for Planned Parenthood. He also gave a shout out to his husband, Georges Lebar, at home on their Wyoming ranch.