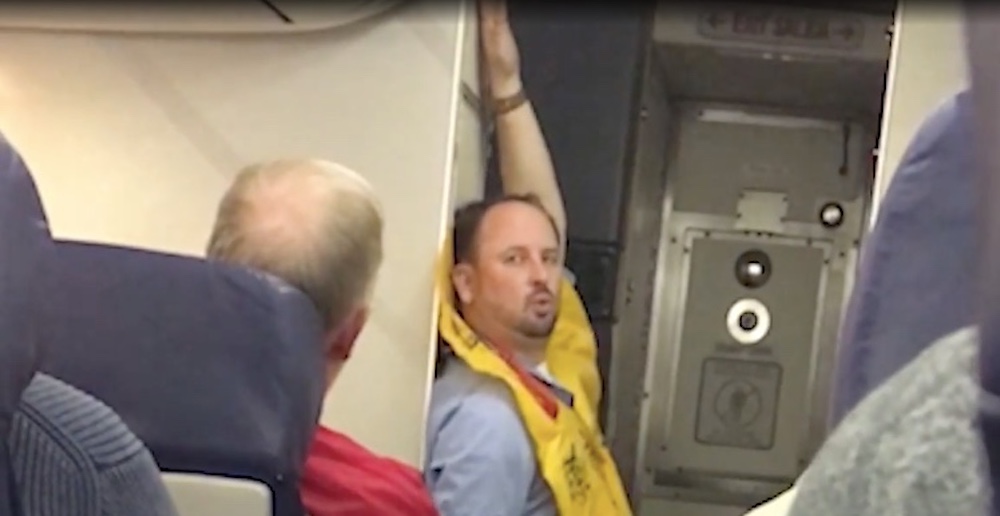 If you’re a frequent flier, then you know how boring the pre-flight safety instructions can be. In fact, you’ve probably heard them so often that you can recite them from memory.

That’s why flight attendants sometimes spice up their presentations by doing them as raps, comedy routines or just showing a video of Todrick Hall dancing.

But a playful Southwest Airlines employee has recently made headlines by turning his pre-flight presentation into a sexy striptease of sorts. No, he doesn’t actually remove any clothes, but his seductive handling of seat belts and flotation vests has certainly captured passenger attention.

Heck, we’d be surprised if he didn’t have several dollar bills tucked into his waistband by the end of it.

He’s apparently had time to perfect his routine as USA Today captured him doing a variation of it back in November 2017. Work that runway, gurl!

Somebody give this guy a raise. He’s actually very smart: Not only is his routine funny, but his humor helps nervous passengers relax and leaves everyone with a warm view of the airline and its stewards.

But while we love his performance, we also loved the very gay set of pre-flight instructions we overhead while flying from Chicago to San Francisco. It contained references to Gone With The Wind and Bye Bye Birdie along with sassy takes like: “In the event of a decompression, four saffron yellow buttercup masks designed by Gucci and Martha Stewart, well, they’re going to drop from that compartment overhead.”

Related: Everyone Who Works For British Airways Is A Closet Bisexual

Airlines must love when passengers rave about its comedic flight attendants, especially considering the bad press floating around about stewards kicking off gay passengers and having sex with adult film stars in the restroom.