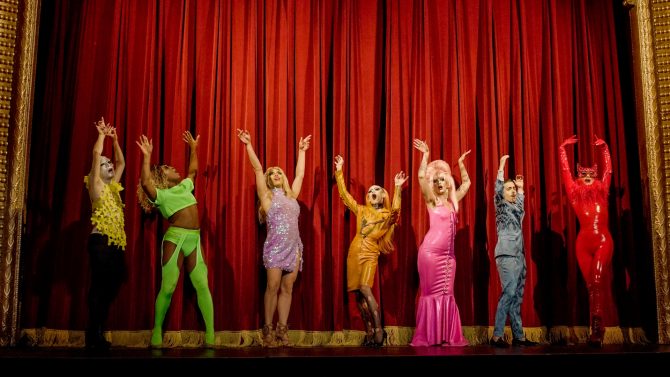 Sasha Velour’s NightgownsWhatever your entertainment needs, we got your back (and hopefully your mind) with Queerty’s weekly “Culture Club” column with some of the highlights of new releases, streaming shows, classics worth revisiting, and what to drink while you watch.

Not content to rest on Will & Grace residual checks for the rest of his life, Sean Hayes wrote and stars in this quirky comedy, arriving on VOD this week. Hayes plays the title character in Lazy Susan (yes, a cisgender woman), a middle-aged, self-centered and self-defeating woman with only the capacity to mooch money from her family and drink blended ice cream drinks. When her mother (Margot Martindale) finally cuts Susan off, she turns her efforts toward finding a man to provide for her. Hayes doesn’t approach his role in a campy, drag queen fashion. Rather, he creates a complex and aggravating character and plays her with sincerity. Lazy Susan’s oddball humor—which walks the line between hilarious and cringe-inducing—won’t be for everyone. Still, the film offers him a chance to show off his acting chops beyond “just Jack,” and since the cast also includes Martindale, Matthew Broderick and Allison Janney, we suggest giving the film a look.

Drag Race winner Sasha Velour brings her theatrical revue Nightgowns to the screen as one of the inaugural programs for the new streaming service Quibi. Episodes—each of which run about 15 minutes—feature Sasha and her team of drag performers putting together a new number, along with all the backstage craziness that goes into producing a stage show. Much like Sasha herself, Nightgowns elevates drag from campy lipsyncing to high theatrical performance art. That, along with a diverse and outstanding troupe of performers, makes Nightgowns a fun and fascinating watch.

We caught this indie on the queer film circuit last year under its original title, Sell By. Scott Evans stars as Adam, a painter in a long-term relationship with Marklin (Augustus Prew). As the two face a crossroads at the 5-year mark, they can’t help but notice the relationship woes of their inner circle: Adam’s best friend Elizabeth (Kate Walsh) faces the infidelity of her husband. Haley (Zoey Chao) has feelings for a much younger man. Cammy (Michelle Buteau) and her boyfriend Henry (Colin Donnell) never leave the house. Isn’t love supposed to be more exciting than this? Patricia Clarkson also stars in this meditation on relationship pitfalls, which features strong performances from its cast, and a certain catharsis for anyone who’s ever gotten bored in a relationship.

The Quickie Part I: LiME

This short film dropped on Amazon this week after a warm reception at OutFest Fusion. As written and directed by trans-nonbinary artist Donta Storey, LiME tells the story of Deshawn, a young man living in Compton, CA. Deshawn dreams on dancing on the school cheerleading team, but the judgmental eye of his mother and gender prejudice of his community force him to keep his aspirations a secret. LiME will, no doubt, resonate with many viewers who had to hide their burgeoning interests as adolescents. Storey has a fine eye for photography and a certain sensitivity that sets LiME apart from other short films.

Much like LiME, Uniform deals with a kid who doesn’t want to conform to gender norms. This short, however, focuses more on the two mommies of a six-year-old boy who prefers wearing skirts to pants. As the moms fret over enrolling their son in a private school which will require him to wear a uniform, cracks in their relationship, along with their own prejudices, begin to show. Writer JJ Keyes alternates scenes of domestic turmoil with domestic sweetness, which helps give dimension to the proceedings. Young star London Peith also has a spunky charisma as the dress-loving son, which also adds levity to an otherwise somber subject matter.

Pop siren Ava Max channels the electrobeats of groups like Aqua in this, her latest single. The accompanying video sees Max wade into early Lady Gaga/Kesha territory, dancing against white backgrounds backed up by a legion of dancers. And, much like the work of Gaga, Kesha and Aqua, we find the song downright infectious. It’s perfect for a quarantine living room dance party.

Speaking of dance parties in the living room, Bright Light Bright Light just dropped this dance-ready ditty this week, which channels the early 90s beats of artists like C&C Music Factory and CeCe Peniston. In sum, we’re hooked and keep voguing through the living room. Mind the lamps if you do the same…trust us. 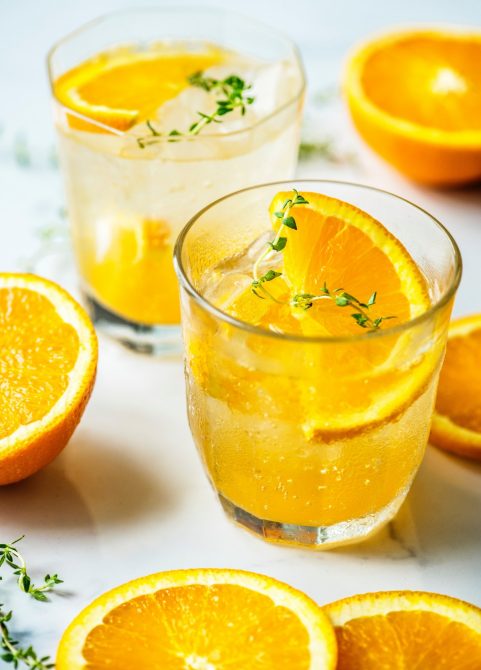 With Lazy Susan landing on VOD this Friday, we suggest a fruity cocktail to pair well with the goofiness of the film, or to add a touch of springtime to sitting at home under quarantine. Also, it contains some Vitamin-C to help boost the immune system.

Mix ingredients in a cocktail shaker over ice. Shake well. Serve over ice in a cocktail glass. Add a cherry or orange slice as an optional garnish.