Tired of the interminable March storms? Still reeling from Leaving Neverland? Yeah, us too. Fortunately, plenty of other entertaining fare launches this week, offering some much-needed distraction for the week ahead.

Grab a snack and pour a drink (see our suggestions below), and get ready to stream…

The Binge: Made in Heaven

Amazon drops this soap-opera comedy about a pair of wedding planners in India. In Indian culture—which has just recently decriminalized homosexuality—marriage is everything, which gives said planners extraordinary clout with their clients about how, when and whom to marry. That proves a sensitive issue for the hunky planner Karan (Arjun Mathur), who’s leading a secret gay life on the side. Filled with the gorgeous color and pageantry thank makes Bollywood so eye-popping, as well as a healthy dose of scheming and backstabbing, Made in Heaven aims to tap the same audience as Crazy Rich Asians…except with more gayness.

This true indie arrives on streaming this week, carrying with it a number of awards and accolades from the festival circuit. Set in the early 90s, the film follows two gay men trying to have an anonymous hook-up on a nature trail known for cruising. Terror strikes as unknown assailants attack one of them, sending the unlikely couple on a cat-and-mouse chase through the woods. Along the way, they must confront truths about life, love and sex, along with the illusions we all construct around.  Stephen Twardokus (Criminal Minds) stars alongside web series darling JD Scalzo (The Gay Husbands of San Francisco, Boys Who Brunch) who gives one of his best performances to date.

Indie artist Brandon Anderson drops his latest album, this one a collection of concept tracks about the chaos and violence wrought by the Trump era. Rock critics draw parallels between Anderson and provocative singers like Tori Amos, though for our money, his techno-rock tunes remind us more of Incubus mixed with Nine Inch Nails. The homoerotic themes that pop up in much of his work seal the deal for us.

Long before the candy pop show tunes of High School Musical captivated a queer-friendly generation, this high school musical had the gays rocking out to the music of The Ramones. Produced by Oscar-winning schlockmeister Roger Corman, the film stars P.J. Soles (of Carrie) as die-hard Ramones fan Riff, a rebellious young student hellbent on having the band play at her high school. When a parents’ group denounces The Ramones as degenerate noise, Riff, with help from the band, stages a full-blown rebellion and conquest of the school. Nostalgic, full of campy fun and featuring a great soundtrack Rock & Roll High School will speak to anyone who is—or was—a high school rebel, or a lover of 80s pop.

No, not the kind you buy prepackaged in the store. Rather, whether watching a soap, a nostalgic musical or a thriller, homemade Chex mix is compulsive eating. Even better, it’s easy to make and makes the house smell delicious to boot.

Preheat oven to 250 degrees. In small microwavable bowl, microwave butter uncovered on High about 40 seconds or until melted. Stir in seasonings. Mix cereal, pretzels, nuts and chips in a roasting pan. Stir in sauce. Bake for one hour, stirring every fifteen minutes. Store after cooling in an airtight container.

The Sip: The Red Devil 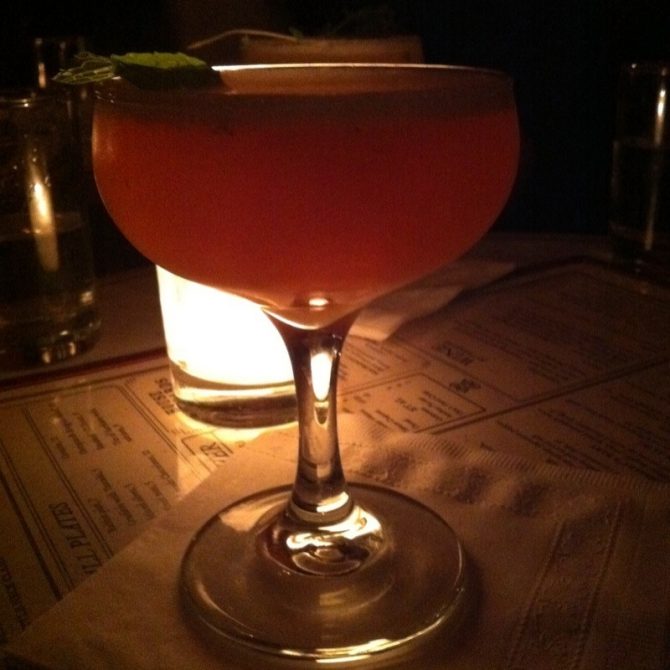