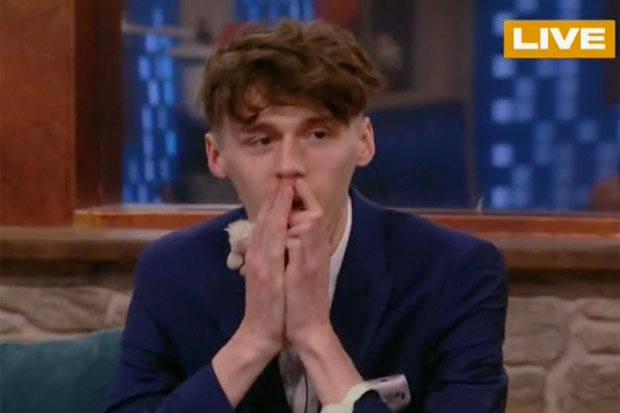 Cameron Cole is a 19-year-old vlogger and the newly-minted winner of Big Brother UK. Last month, he came out as gay on the show after a fellow contestant revealed he had a crush on Cole.

Cole dedicated his win to LGBTQ people who struggle to accept themselves, as he did for so long:

“It means the world. It makes the whole four years of trying to work and figure things out kinda worth it, the fact that I’ve finally been able to help some other people through, if I have done, through that themselves. It’s amazing.

“Honestly, I’m privileged to have been able to do it. I didn’t plan to do it, but it’s an incredible feeling to know that I helped people out. It’s made everything worth it. I hope that it has inspired people as much as possible. Lots of people come out every day and they don’t do it on national television.

“They don’t get the reception that I’ve got, but they all deserve it because it’s an incredible thing and me winning is as much for them as it was for me. It’s an incredible honor and privilege to have the support that I have. I’ll never be able to stress how grateful I am for it.”

Watch his big moment below:

Here’s the moment he came out to his fellow housemates:

Channel 5, which produces Big Brother UK, has announced that after 19 years, this is the series’ final season.