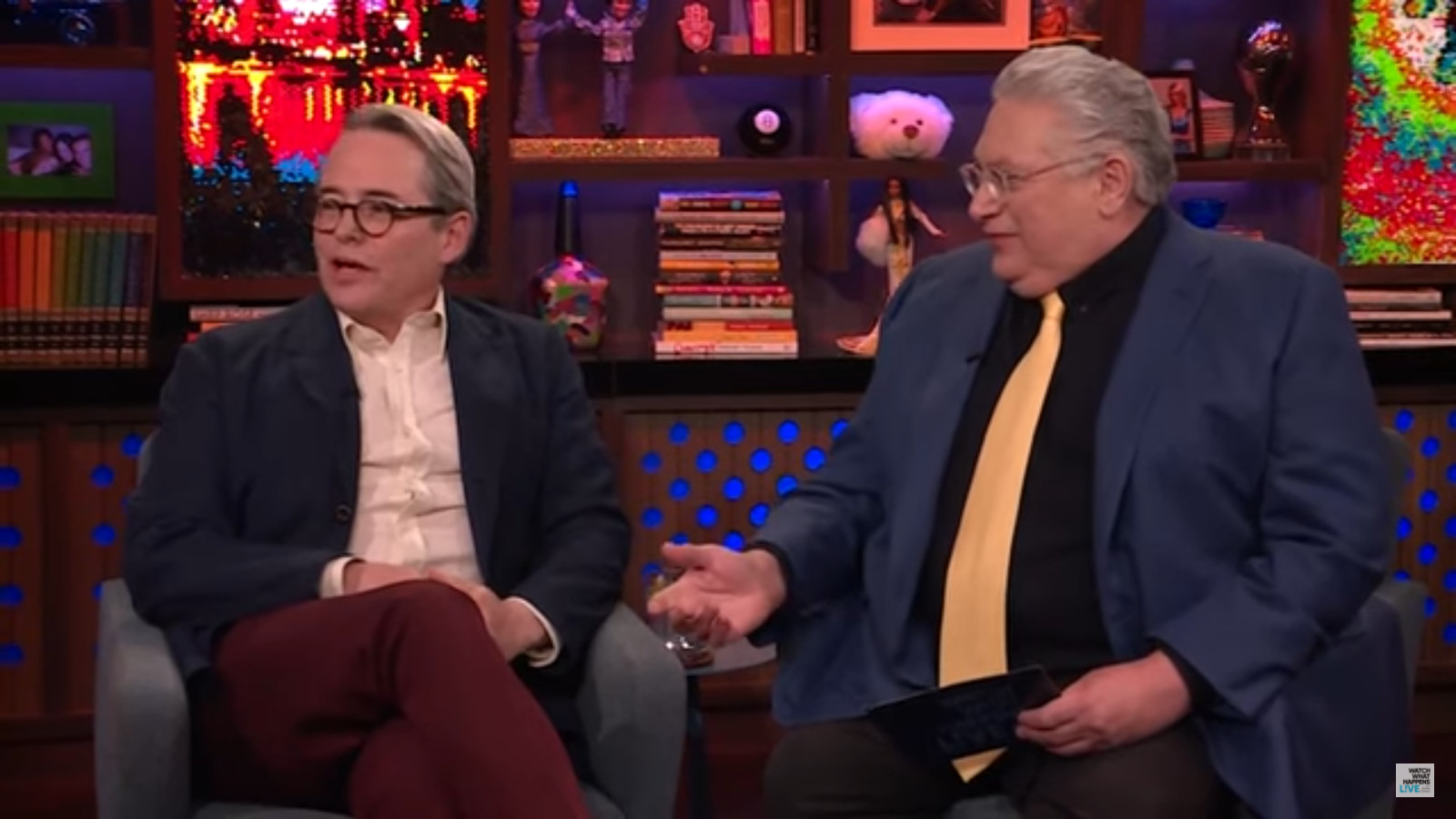 Longtime friends Harvey Fierstein and Matthew Broderick have opened up about one of their favorite adventures together: the time Fierstein took Broderick to his “very first” gay bar.

The pair met while performing Fierstein’s play Torch Song Trilogy together in 1982. One night after a performance, Fierstein suggested the two go for a drink together at a bar called Boots & Saddles. Fierstein, however, always referred to it as “Bras & Girdles.” In an interview with Andy Cohen, the pair recounted the fateful evening, and how it further cemented their friendship.

“We went in, we were there,” Fierstein remembers, “and I’m watching the eyes getting hotter and hotter on [Broderick]. The mother in me came out and I said ‘Ok, we’ve seen this now.’ I got him out of there rather quickly.”

Related: Harvey Fierstein is back, and a queer renaissance is making Broadway fabulous again

“I never took him to the Trucks though,” Fierstein then added, referring to the city’s meatpacking district where men would have sex in their cars.

Cohen then acknowledged that Fierstein had survived the AIDS crisis without ever getting infected with HIV.

“It is amazing that you lived to tell,” Cohen observed.

“It is,” Fierstein admitted. “It’s all because in that period, that exact period, I was in a backroom bar…doing whatever one does in a backroom bar…and I all of the sudden said I don’t care. I thought of a line from Colette, where she said ‘Where he and he and he become them, I gave up men.’ I said ‘I’m that bored,’ and I just dropped the d*cks and left.”

We’re glad Harvey did, though we also hope he’s since made up for the lost time.

Torch Song Trilogy remains a classic of queer drama, and helped launch Fierstein’s career as a writer. He’s since gone on to pen the scripts for the musicals La Cage Aux Folles, Kinky Boots, Newsies, and more.

Have a look at the clip. Harvey & Matthew are still so cute together…

Update: This article originally identified “The Trucks” as a darkroom within the bar. It has been updated to clarify that Fierstein referred to the New York meatpacking district. Sorry folks, but we’ve never been to the trucks either.