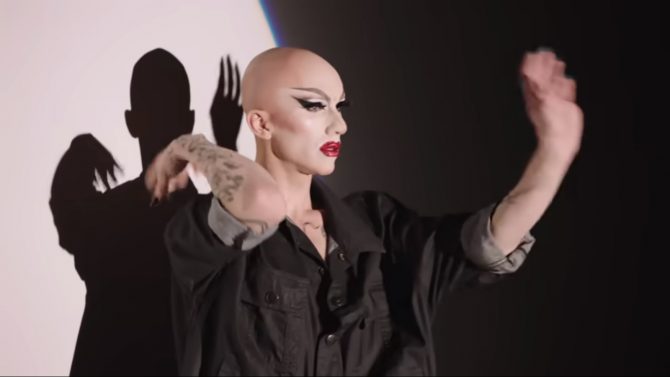 Entitled Nightgowns, the new series, produced for the streaming service Quibi, follows Sasha and her team as they prepare a new drag revue to hit the stage. The show will highlight the creative process for Sasha and her fellow queens from conception until the curtain rises.

Nightgowns will run eight episodes, with each clocking in at under 10 minutes. “I’m always trying to shift it to other people, let’s look at the whole community,” Velour told GayTimes. “The phenomenon is really the community, it’s not these exceptional individuals. The phenomenon is also this amazing history of drag.”

Sasha Velour will produce the show, alongside production house The Documentary Group. Veteran video director Sophie Muller, who has helmed videos for the likes of No Doubt, Lana Del Rey, Garbage, Gwen Stefani, Pink and Maroon 5 will direct.

Nightgowns arrives on Quibi this April.