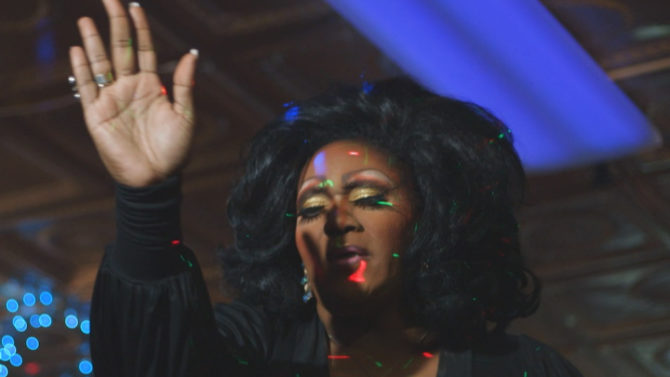 Well, we survived the State of the Union address. Sort of. Let’s celebrate.

This week’s selection of screenings mixes the heroic with the fabulous for an all-around uplifting feeling. And if the movies don’t create a better mood, the cocktail surely will.

The Step Out: The Unicorn

Now in theatres and on-demand.

Queer Oscar-winners Rob Epstein and Jeffery Friedman, directors of The Times of Harvey Milk and The Celluloid Closet return to directing with a vengeance. End Game chronicles the work of medical professionals who provide end-of-life counseling and care to terminal patients. The short film garnered yet another Oscar nod for Epstein & Friedman. Watch with Kleenex on hand.

The Church: The Gospel of Eureka

After causing a stir on the festival circuit in 2018, The Gospel of Eureka finally lands in theatres this week. Filmed in Eureka Springs, Arkansas, the documentary focuses on the small town culture in a city earmarked as a “Christian vacation” spot, courtesy of a nightly passion play. Across town, however, a cute gay couple has opened up a drag bar which also surges to national popularity, even among the same crowd. When an anti-transgender bathroom bill threatens to split the community wide open…well, we don’t want to spoil the twist. Suffice it to say the drag queens of Eureka Springs and the cast of the local passion play have a lot more in common beyond the lip-syncing.

Actress Natasha Lyonne has made a fine comeback in recent years, though now she makes her most audacious move to date: starring in a Netflix series which she developed. Co-created by Lyonne, Amy Pohler and lesbian writer Leslye Headland, Russian Doll follows a woman who dies at a New York party hosted by her lesbian bestie (and really, who hasn’t?), over and over again. Quirky, funny and weird, Russian Doll manages to captivate with its suspense and some big laughs as well as provide Lyonne with an opportunity to show off her ample gifts.

The Read: The Celluloid Closet

Speaking of Rob Epstein and Jeffery Friedman, before they made a film classic with The Celluloid Closet, the project existed as the life’s work of historian Vito Russo. Russo combed through film after film finding examples of gay subtext, same-sex couples and the occasional overtly gay character to compose the definitive history of LGBTQ folks on film. To this day, it ranks as a seminal work of our history, one that helped make the plethora of great films and characters we enjoy today. 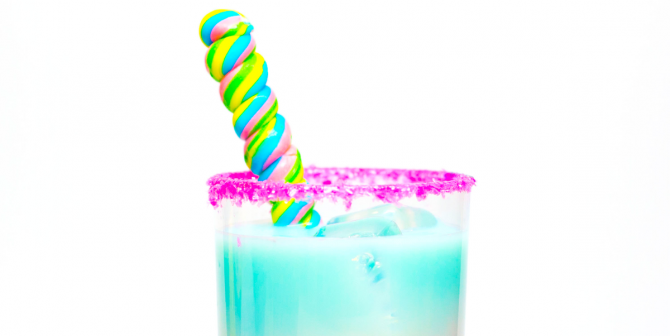 To accompany the colorful color palate and screwball flavor of The Unicorn, try this fizzy and colorful delight. Made with a gin base, the Unicorn Fizz tastes like a fruity cousin of the classic Sloe Gin Fizz, albeit with a lot more color. Who knew Unicorns could be this boozy?