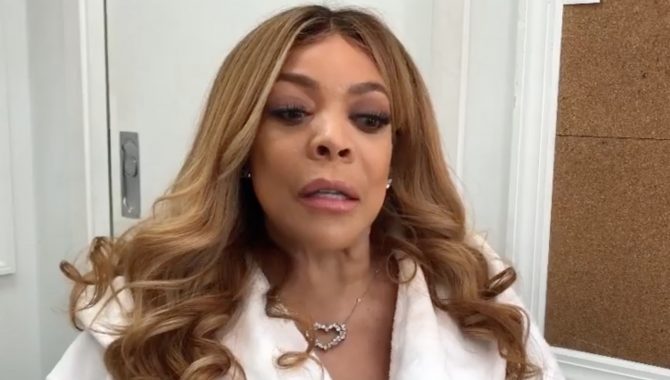 Wendy Williams did not mean to offend her LGBTQ+ community.

We know this because she posted a video in which she states: “I did not mean to offend my LGBTQ+ community on yesterday’s show.”

On the Thursday show, Williams spoke to her audience about ‘Galentine’s Day’, the Valentine’s alternative from Parks & Recreation where a group of women celebrates one another’s friendship instead of romantic pairings. She went a bit off-topic when male audience members applauded.

“If you’re a man and you’re clapping, you’re not even a part of this. You don’t understand the rules of the day. It’s women going out and getting saucy and then going home. You’re not a part,” she said.

“I don’t care if you’re gay. You don’t get a [menstruation] every 28 days,” Williams continued. “You can do a lot that we do, but I get offended by the idea that we go through something you will never go through.”

“And stop wearing our skirts and our heels,” she added. “Just saying, girls, what do we have for ourselves?”

“Looky here now, gay men, you’ll never be the women that we are,” Williams said. “No matter how gay.”

But back to today’s Insta-apology:

“I did not realize until I got home and I watched the second run of our show,” she says, “and I always watch when I can, to critique my delivery, or the cameras, the lights, the audience…”

“I’m very persnickety about how I do my show, and one thing I can tell you right now is that I never do the show from a place of malice.”

And then things get a little harder to follow.

“I understand my platform with the community,” Williams continues, “from first grade, to intermediate school, to high school, to college, to radio, to now to TV.” At this point in the video, it appears she’s fighting back tears.

“I didn’t mean to hurt anybody’s feelings,” she says, “I’m just having a conversation.”

Watch the full clip below: